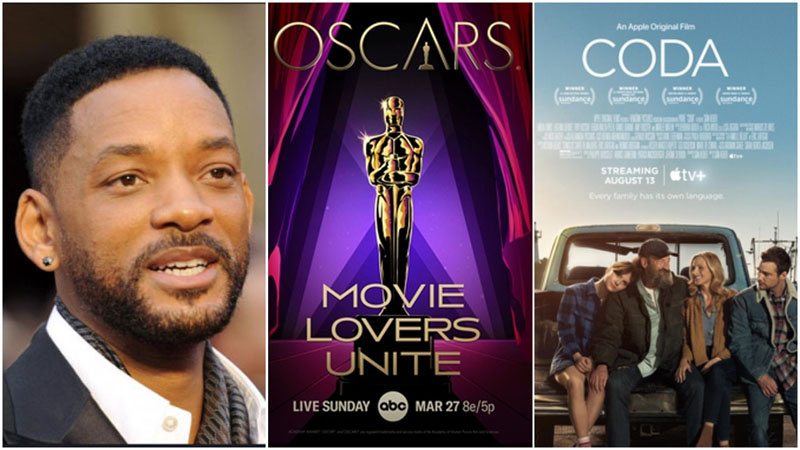 The movie is an English-language remake of the 2014 French film La Famille Bélier.

The movie was successful in upsetting the journey of The Power Of The Dog that had earned 12 nominations in the Oscars this year.

The movie only earned one title-Best Director for Jane Campion.

Check out all the winners' full reactions backstage on the @Verizon #5GUltraPass, and don’t forget to nominate your favorite moments from the #Oscars on the @Verizon Twitter page for a chance to win!https://t.co/e1JvwlJb8K pic.twitter.com/8nGF85GUGT

Actor Will Smith, who grabbed headlines after he shocked the audience for slapping Chris Rock on stage for cracking a joke about his wife, won the Best Actor title for King Richard.

Actress  Jessica Chastain won the Best Actress award for her performance The Eyes Of Tammy Faye.

Best Director: Jane Campion (The Power Of The Dog)

Best Makeup and Hair: The Eyes of Tammy Faye