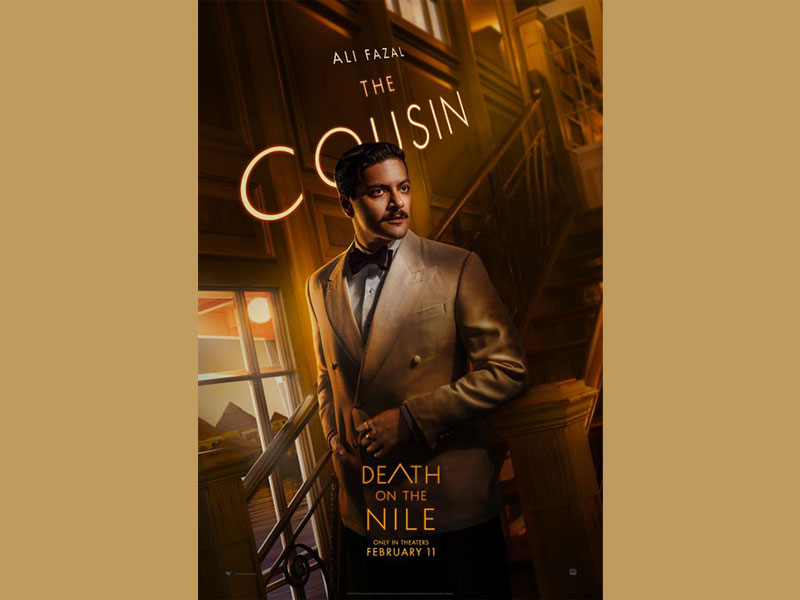 Indian actor Ali Fazal on Wednesday dropped a poster of his upcoming Hollywood movie 'Death on the Nile'.

Sharing the poster, he tweeted: "All aboard! In one month, #DeathOnTheNile arrives exclusively in theaters February 11. (2/4)."

Ali looks dapper in a shimmery golden suit with a black bow.

In the movie, he would be featured as the cousin of the bride, Gal Gadot.

The film will be released on Feb 11.