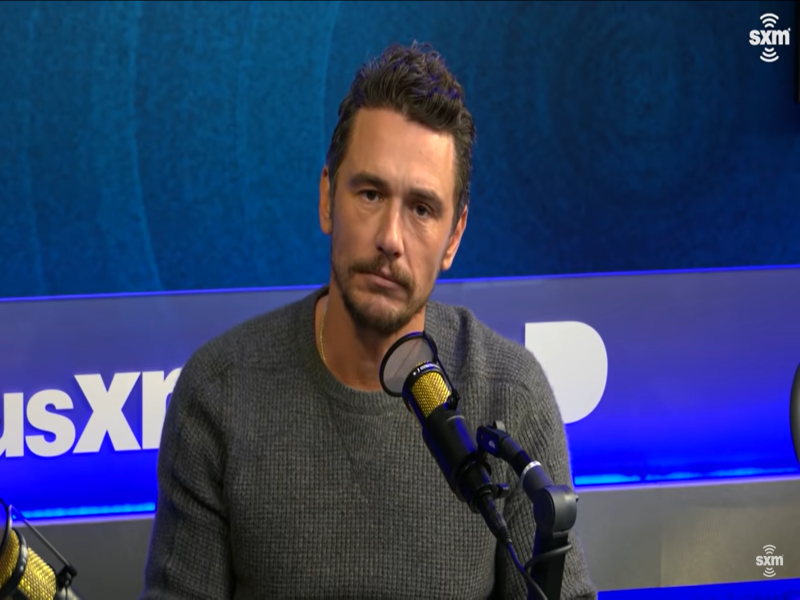 American actor James Franco has finally admitted sexual misconduct throughout his career, including sex with the students of his now-defunct acting school Studio 4, on the sets of his movies, and while acting in a Broadway show.

Franco told a podcast earlier this week that while teaching, he "did sleep with students, and that was wrong".

"Look, I'll admit, I did sleep with students," Franco, 43, said in his first major interview on the allegations with The Jess Cagle Show on SiriusXM.

"Over the course of my teaching, I did sleep with students, and that was wrong. But like I said, it's not why I started the school."

Spoke to James Franco about sexual misconduct allegations, addiction, and lots of other things. Interview airs tomorrow on #TheJessCagleShow (@SIRIUSXM 109 2pET / 11aPT) and goes up on The Jess Cagle Podcast (available everywhere) tomorrow. https://t.co/KdJdzLDj9Z via @YouTube

The Oscar-nominated actor was accused by five women in 2018 of sexual exploitation including during nude scenes at his Studio 4 school in North Hollywood.

Sarah Tither-Kaplan and Toni Gaal, who attended Franco's now-defunct Studio 4 acting school, alleged Franco tried to "create a pipeline of young women who were subjected to his personal and professional sexual exploitation in the name of education".

The class-action lawsuit - filed in Los Angeles in 2019 - accused him of abusing his position and that he dangled opportunities for roles in his films.

The accusers settled with Franco for $2.2 million following the class-action lawsuit.

He was accused that he forced students into performing in increasingly explicit sex scenes on camera “orgy-type setting,” in the name of Sex Scenes” course.

They alleged that with starting Studio 4 he “sought to create a pipeline of young women who were subjected to his personal and professional sexual exploitation in the name of education.”

Franco had denied the allegations about what took place in the class.

In The Jess Cagle Show on SiriusXM, he said, "It wasn't a master plan on my part.

"But, yes, there were certain instances where I was in a consensual thing with a student and I shouldn't have been."

Asked how he couldn't understand the power imbalance between a Hollywood star and their student, the 43-year-old actor said he had replaced his teenage alcohol addiction with an addiction to sex and his own celebrity.

"I suppose at the time my thinking was 'if it's consensual, okay.'

"Of course, I knew... I talked to other people, other teachers... it's probably not a cool thing.

"At the time I was not clear-headed as I've said. So it just comes down to my criteria was like, 'if this is consensual, I think it's cool. We're all adults.'"

The comments are the actor's first public attempt to address the allegations at length.

Lawyers representing his accusers in the class action lawsuit have responded to his statements, asserting that the class “wasn’t a misunderstanding over a course name” nor about him being overworked, but “was, and is, despicable conduct.”

They added that "nobody should confuse this interview with Franco taking accountability for his actions or expressing remorse over what happened", calling it a "transparent ducking of the real issues released just before a major holiday in hopes that he wouldn't face any scrutiny over his response".

The statement goes on to say that Franco is not only “blind about power dynamics” but “completely insensitive” to the pain and suffering experienced by his accusers at his hands “with this sham of an acting school.”

“It is unbelievable that even after agreeing to a settlement he continues to downplay the survivors’ experiences and ignore their pain, despite acknowledging he had no business starting such a school in the first place,” Valli Kane & Vagnini LLP and Hadsell, Stormer Renick & Dai LLP, the law firms representing Franco’s accusers in litigation against him and his production company Rabbit Bandini Productions, said.