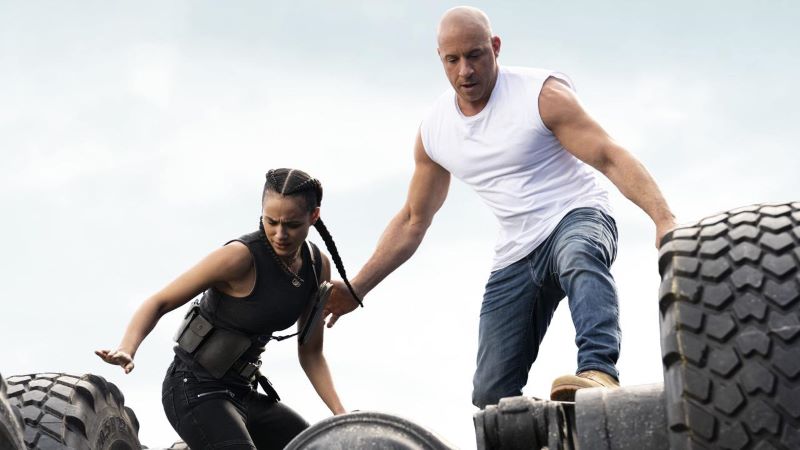 Los Angeles/IBNS: For twenty years now, Fast and Furious franchise has been known for its action-packed sequences, friends who become family, and a lot of car racing, flying and what not!

What started as a low budget experiment using lots of cars and innovative tricks by the picture car department in The first Fast and Furious movie back in 2001, today, with its 9th instalment, is all about action sequences and crazy car chasing scenes that will leave you right at the edge of your seat.

With the release of the trailer, fans were thrilled to watch what’s going to be in store and needless to say, they were not disappointed.

Teasing their fans further, the franchise today has released ‘Car-nage’, a video dedicated to cars racing and flying, taking the excitement sky high for its fans. The video also includes some of the BTS scenes, giving the fans a sneak-peek into the making of the sequences. As per many articles and maker’s interviews in the past, the fate of these crashed cars differs depending on their stature in the movie.

Stunt cars, or “zombie cars,” as they’re called, typically don’t serve any purpose other than to get destroyed. On the other hand, there are others who go straight to displays or museums after production ends. Lastly, there are the hero cars that benefit from full restorations before living happy lives.

F9 is directed by Justin Lin, who also co-wrote the screenplay with Daniel Casey. It is the sequel to The Fate of the Furious (2017), the ninth main instalment, and the tenth full-length film released overall in the Fast & Furious franchise.

Besides Vin Diesel, the cast members returning to F9 include Michelle Rodriguez, Tyrese Gibson, Jordana Brewster, Chris Bridges (aka Ludacris), Nathalie Emmanuel, Helen Mirren and Charlize Theron. As far as the fresh faces go, John Cena joins Cardi B and Ozuna as a newcomer to the star-studded line-up.