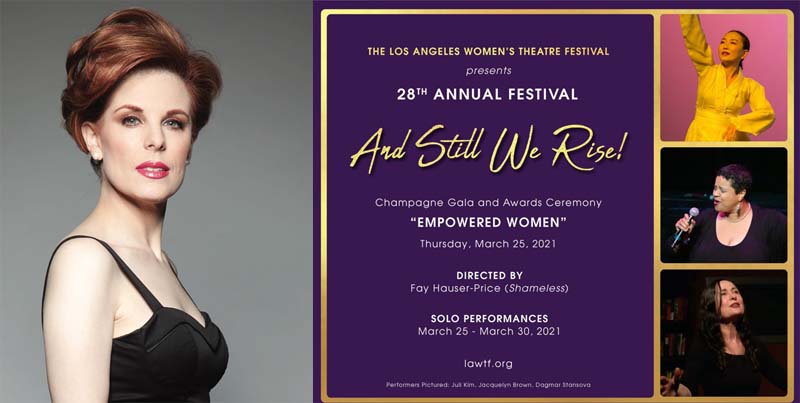 As Kat Kramer gears up for the LAWTF Gala and performances, she shares her insight into the 2021 LAWTF festivities with Asha Bajaj.

Dedicated to nurturing and producing over 600, multi-cultural solo artists to date, Los Angeles Women's Theatre Festival (LAWTF), the longest-running female solo theatre festival in Los Angeles, is celebrating its 28th Anniversary as a virtual presentation from March 25 to 30. Actorvist Kat Kramer serves on the Advisory Board for LAWTF.  Kramer previously debuted her one-woman-show "My Duet With Mick" for LAWTF. Kat is not performing this year but will co-host one of the six evenings of solo performances. On Monday, March 29, Kat Kramer will host along with actress, writer, director Lona Morris ("Celeste's Dreams")  two solo excerpts. BOXED IN, SET FREE is the theme and will be presented at 7 pm on Stellar.

You plan to co-host along with Iona Morris, an evening of performances called "BOXED IN, SET FREE featured on Stellar on Monday, March 29th, 2021 at 7 pm. Can you throw more light on this feature?

Kat: I've co-hosted for Adilah Barnes, Executive Producer, (LAWTF Co-Founder) numerous times. It was always "live" before, and this year, we are going online. It will be a different experience co-hosting in a virtual setting, but I have a dynamic co-host in Iona Morris.  We have an amazing director, Fay Hauser Price, so we're in great hands.

BOXED IN, SET FREE will feature two solo performers. The first solo artist will be Petal d'Avril, and her show is titled "Forgetting, Not Forgotten". It's about "how her life is abruptly interrupted when her mother is diagnosed with Alzheimer's Disease." Ironically, I co-starred in the award-winning dramatic short film "Mother's Day Memories" created by and starring Bill Hoversten. That's based on a true story about how his mother started suffering from Alzheimer's and dementia, and the challenge it places on families.  As you know I play "Michelle" whose husband "John" is dealing with his mother's terrible disease.  When I was asked to co-host on March 29th, I didn't know that Alzheimer's was the subject of one of the shows. It proves that Alzheimer's and dementia is a universal crisis. The disease is especially prevalent in women. It's important to support Alzheimer's research.

The other solo performer is Vanessa Boss, and her show is "Uprooted." It's described as "Buckle your seatbelts as Vanessa's inner world creatures take you on a flight of her life amidst disturbances that trigger violent weather on a journey that ultimately safely lands on Vanessa's strength." Tickets for BOXED IN, SET FREE is available now and the full LAWTF festival line-up can be found on the website. 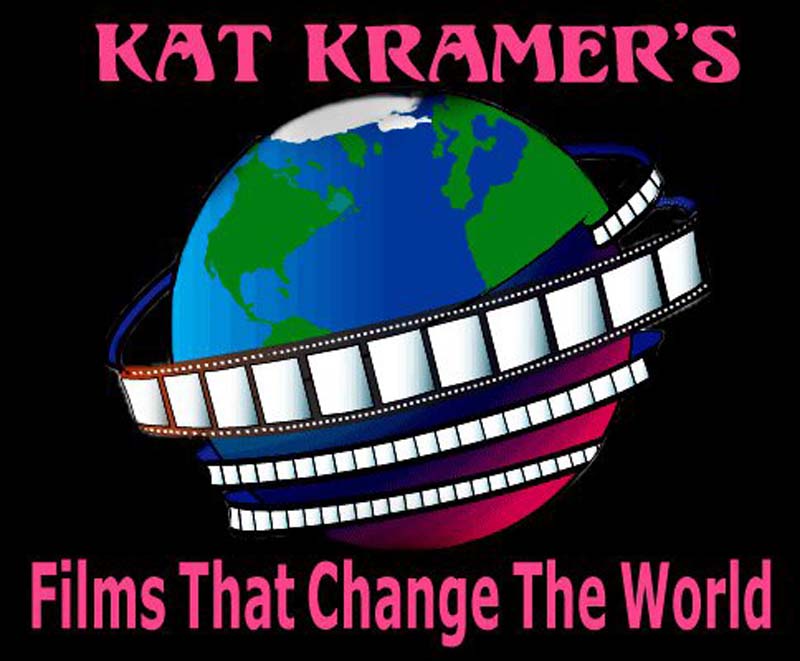 What motivated you to create a silent auction as a fundraising component of this year's festival, "SOUND & VISION-28" which celebrates female voices, and women of impact?

Kat: I've always been involved with silent auctions and donated items and memorabilia to charities in the past. Most of the time, I give screenplays, posters, DVDs, books from the Stanley Kramer Centennial Collection. I also donate items from actorvists who support and champion "Kat Kramer's Films That Change The World." As part of the Advisory Board for LAWTF, I've given items to their annual Raffle. Since we had to postpone the festival in 2020 because of the COVID-19 pandemic, I decided we needed a component to the festival to benefit LAWTF programs. So many theatres have closed because of the pandemic, and arts and culture have suffered.

LAWTF has honored many famous female solo artists and "empowered women" over the past 28 years. I created the title for the auction "Sound And Vision-28" to mark 28 years of showcasing solo artists from across the globe. Lily Tomlin received the Maverick Award from LAWTF in 2004, and she's my performing idol. Lily is also the main Ambassador for my cinema series 'Kat Kramer's Films That Change The World" and she's been generous to donate most of the items to help LAWTF. Both Jenifer Lewis and Lainie Kazan are previous LAWTF honorees, and they have donated items. We are honoring Diahann Carroll with a posthumous Infinity Award, and there will be a commemorative program from the late Ms. Carroll included in the silent auction.

Since March is Women's History Month, the silent auction team decided to gather items from empowered women, not limited to solo performers or past LAWTF honorees. I curated many of these items, and it's a diverse group. There's even a signed book from Hillary Rodham Clinton. In my opinion, all artists are essential workers, and female empowerment needs to be acknowledged during Women's History Month.

Which characteristic traits of your vision and a mission in your career as an Actress, Singer, Journalist, Producer & Influencer lead you on the Advisory Board of LAWTF?

Kat: What makes LAWTF special, is that it's a multicultural festival of solo artists. When I first became involved with LAWTF, I served on the Board of Directors. I nominated many of the Honorees for the Annual Gala, co-hosted shows, conducted red carpet interviews, donated to the raffle, voted on major decisions. It's a team effort. My schedule became incredibly hectic, besides busy, so I moved to the Advisory Board, to best serve LAWTF in that capacity.

I'm developing two different solo shows I plan to perform, and I'm deeply immersed in the art of the one-person show. I'm pleased to announce I'm re-joining the LAWTF Board of Directors.