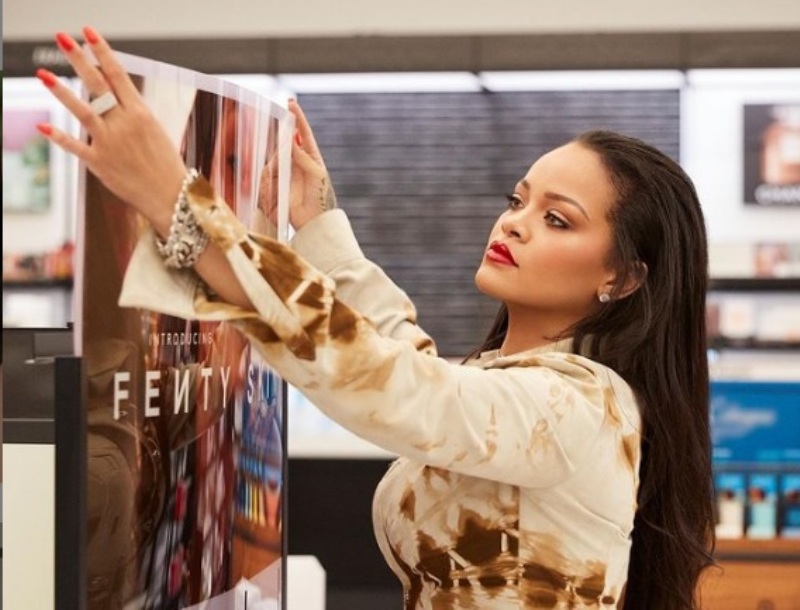 New Delhi/IBNS: International pop singer Rihanna, who had already made the Indian government upset with her tweet in support of protesting farmers, has landed in a fresh controversy after she shared an image from her photoshoot in which she could be seen topless wearing a chain with a pendant of Ganesha.

Taking to her Instagram profile, which has 91.4 million followers, Rihanna shared an image from a lingerie photoshoot as a part of promotions for her own lingerie line Savage X Fenty.

Soon after the image was shared, several social media users and politicians in India on Wednesday said her post was "derogatory" and accused her of disrespecting Hindu Gods and hurting local sentiment.

"This exposes how #Rihanna has no idea or respect for Indian culture, tradition and our issues here," he added.

The right-wing World Hindu Council said it had filed police complaints against Facebook and Twitter for hosting the picture.

Earlier this month, a host of Indian celebrities had tweeted in solidarity with the India government following Rihanna's tweet over the farmers' protest.

The Indian foreign ministry had called the "social media hashtags and comments" by international celebrities "neither accurate nor responsible".