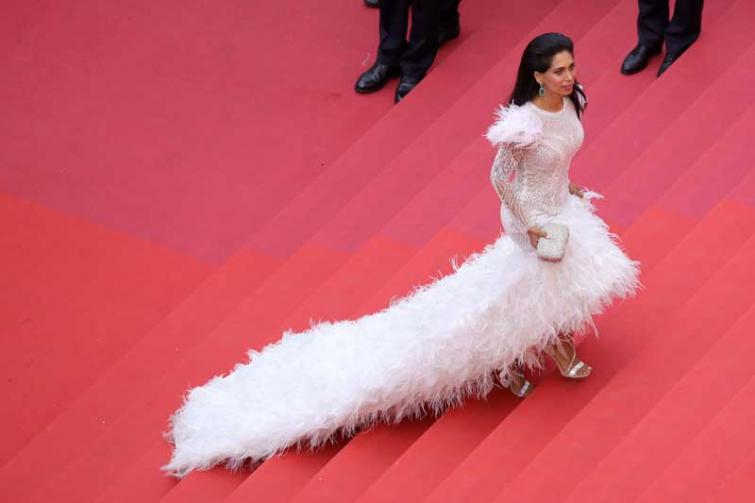 Fagun Thakrar is a British-Indian actress, writer-director and activist.

Fagun was invited to the night gala ceremony and premiere at the Cannes Film Festival held at the Grand Theatre Lumière in recognition of her contribution as an actress, writer and director to the world of international cinema. She was also listed as best dressed by world-leading publications. Fagun has appeared in a number of Hollywood movies and has starred alongside actors such as Academy Award winner Brie Larson, Martin Sheen, and Donald Sutherland. Fagun has recently become the Global Ambassador for the International Forum for Women’s Brain and Health.

Fagun looked sensational and won best dressed at the opening ceremony. Her look was created by the Official Sponsors of the Cannes Film Festival L’Oreal Paris for make up and Dessange Paris for hair. 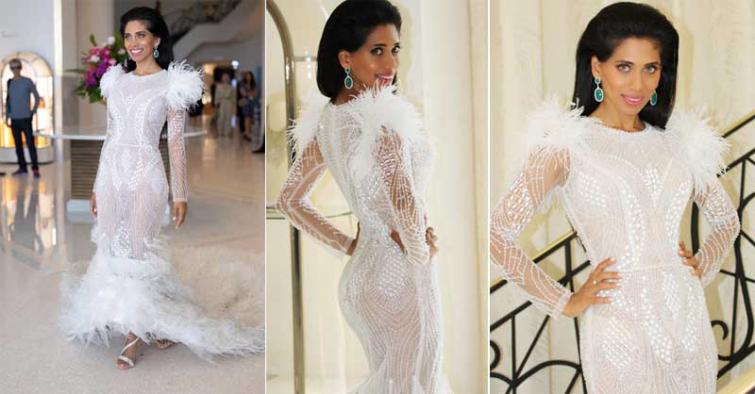 She made a show-stopping entrance in style, with a remarkable couture white gown made of pearls, sequins and a long feather train by Patrick Pham Couture. Her look was completed with emerald green earrings to compliment her strikingly green eyes.