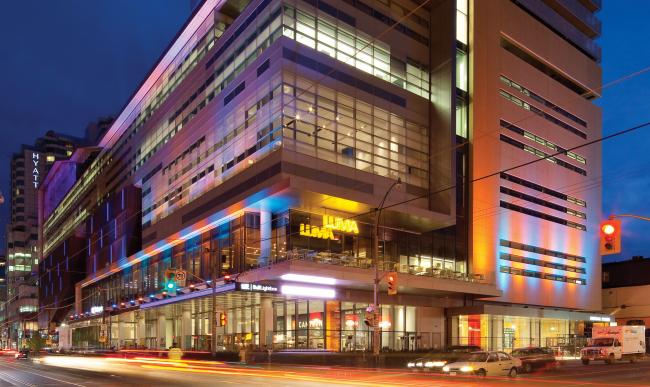 Toronto, May 1 (IBNS): The Toronto International Film Festival (TIFF) announced its 2018 line-up of programmes and programmers.

In a release today, it stated that the programming team, comprising 22 of the industry’s most seasoned and talented film experts and curators, consists of nine men and 12 women.

“In 2017, the TIFF programming team worked tirelessly to curate a festival experience that resulted in the release of some of year’s most critically acclaimed films, including Three Billboards Outside of Ebbing, Missouri (Winner, TIFF 2017 Grolsch People’s Choice Award), The Shape of Water, Lady Bird, I, Tonya, Faces Places and A Fantastic Woman, among many others," said Cameron Bailey, artistic director of TIFF. “As the 2018 festival line-up comes together, the programming team is working to curate the most memorable experience possible for our audiences, through a diverse selection of the highest-quality films from around the globe.”

TIFF’s representation of women amongst its programmers is reflective of the organization’s continuing commitment to normalizing gender parity and equality for future generations. With a clear understanding that there is still much more work to be done, TIFF intends to continue its strong representation of women in the Festival programming team.

“Being a woman in a leadership position at TIFF allows me to be the change I want to see by supporting, inspiring and empowering the women around me,” said Kerri Craddock, director of programming for the Festival. “With TIFF’s mission being to transform the way people see the world through film, we need to create an environment where people have what they need to be their best. Diversity across all levels of our Festival programming team is key to achieving that goal.”

This year, Danis Goulet will be programming Canadian features alongside Steve Gravestock. Goulet programmed Short Cuts, the festival’s annual showcase of the best in Canadian and international short film, between 2015 and 2017, previously worked as Short Cuts Programming Associate, and has had her own short films presented at TIFF.

Jennifer Barkin, senior manager of Festival Programming, will be making her debut as the TIFF Kids programmer. Barkin will also continue in her role as the programmer for Festival Street, TIFF’s annual closure of King and John Streets near TIFF Bell Lightbox, which features stage performances, nightly film screenings, and other fun activities during the first four days of the festival.