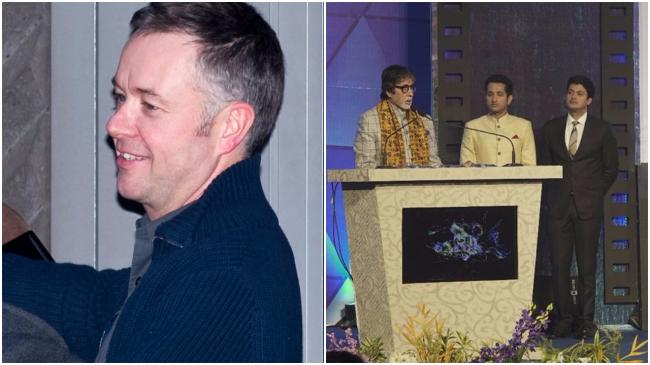 Kolkata, Nov 13 (IBNS) Michael Winterbottom is one of the most prolific filmmakers in contemporary British cinema. He has the rare distinction of stradling the parallel strands of documentary and feature films with equal command and his experimentations with form and content in both does not cease. He also happens to be among the youngest filmmakers in his country.

The filmmaker was in Kolkata to attend the special tribute the festival programme has organized as part of the Country Focus UK. Six of his films, a choice of a fine blend of his feature-length documentaries and feature films, are being screened.

“I made a documentary on Ingmar Bergman called Ingmar Bergman – The Magic Lantern (1988) which is not a part of the present tribute but which brought me close to many of his film and to those who knew him closely and this was a wonderful learning experience,” he said.

Though he does not quite agree with the contention that he is very prolific as a filmmaker in a country where Lindsay Anderson, who gave Winterbottom his first break made very few films while he made many, he admitted that “One reason I make quite a lot is...one thing that's quite hard to do in film-making which in music you can - it's inherent in the process - is to work with a small group of people, collaborators.”

"Lindsay was my hero. His films were great, but watching Lindsay argue for six months with, say, Wham's managers...he loved the conflict, he loved being the outsider - not only in his attitude to the Establishment but also deliberately f***ing around and pissing people off."

Winterbottom said he learned a very important lesson from Anderson - how not to do it. 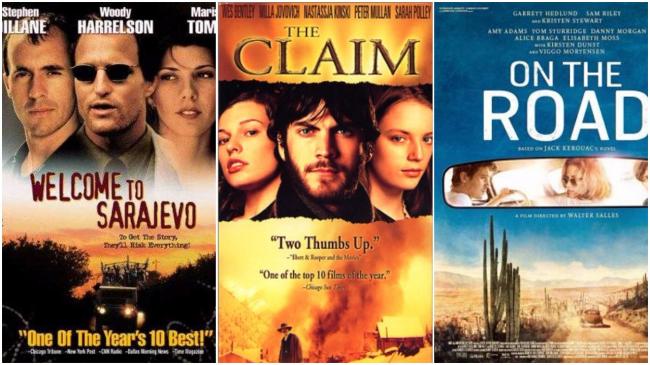 Drawn from contemporary war stories, Welcome to Sarajevo is about Journalist Floyd from US, Michael Henderson from UK and their teams meet the beginning of Bosnian war in Sarajevo. During their reports they find an orphanage run by devoted Mrs. Savic near the front line. Henderson gets so involved in kids' problems that he decides to take on the children, Emira, illegally back to England. He is assisted by American aid worker Nina. It is a celluloid adaptation of Michael Nicholson’s Natasha’s Story.

The Claim is based on a Thomas Hardy novel that Winterbottom embellished with a lot of music and songs. It is about a prospector who sold his own wife and infant daughter in exchange for a mining claim, Repentant, he becomes desperate to win them back and to do this, he helps build the Pacific Railway with a group of pioneer friends. It is a powerful celluloid statement on how a man can overcome his weaknesses and his negative traits and become positive with constructive work done for the larger good.

The Road to Guantanamo  is about about the incarceration of three British citizens (the 'Tipton Three'), who were captured in 2001 in Afghanistan and detained by the United States there and for more than two years at the detainment camp in Guantanamo Bay Naval Base, Cuba. It premiered at the Berlinale on 14 February 2006.

Trishna is a loose adaptation of Thomas Hardy’s Tess of the d’Ubervilles.   It unfolds the story of a woman whose life is destroyed by the restrictions of social status, complications of love and life, and her development as an individual. It starred Frieda Pinto and Riz Ahmed both British Indian actors.

"Everyday" stars John Simm and Shirley Henderson. The film maps the fluctuating and virulent relationship between a man imprisoned for drug smuggling and his wife. It was shot over five years, each schedule shot a few weeks at a time.

"On the Road" is a feature-length documentary shot right across England and other places following the journey of a famous music band and its historic fan following across the map. It also touches upon the negative impact on Brexit on the band that offers a microcosm for all cultural practices in England.

“I became a director because I like watching films. That was the starting point. When I was a teenager I grew up in a town called Blackburn - a small town, not much cinema, but I saw films on TV,” he summed up. Among his all-time favourites, he picks Godard’s  Breathless, Bergman’s Cries & Whispers, Federico Fellini’s  Amarcord, and then they keep changing.