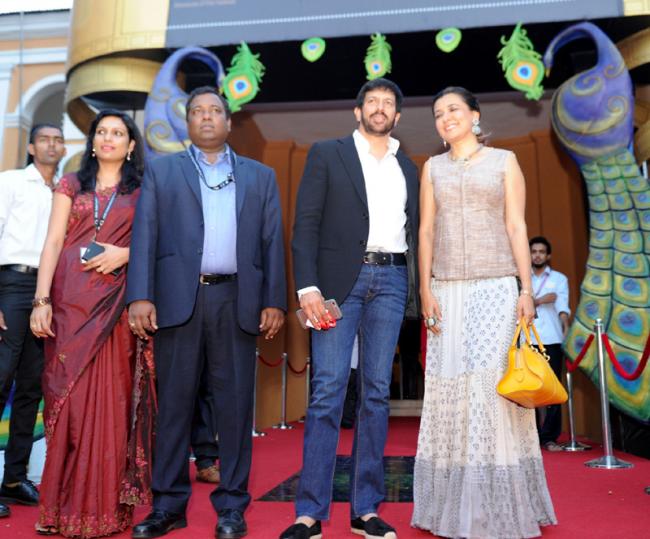 The three films are part of the Indian Panorama at 46th IFFI.

Director Kabir Khan, of the Kabul Express said that he was originally a documentary film maker but felt that mainstream cinema is a more effective platform, so he decided to use it for telling his stories.

“But I hope to go back to documentaries one day” he added. Responding to a question he said that he is very much touched by the political situation in and relationship between countries on India’s border. It is for this reason that the subject keeps cropping up in the backdrop of my films," the director added.

Kabir Khan explained that the film BajrangiBhaijaan, though not based on a true story, has been triggered by similar stories like that of Geeta where people cross over the border inadvertently.

Kabir Khan has received many awards and has travelled across 60 countries while pursuing his documentary assignments. His work has met with critical acclaim and been screened at several international film festivals.

Interacting with media,Srijit Mukherji said, "I don't believe in genres.My favourite genre is Cinema."In response to another question he admitted that keeping in view the box office success Rajkahini, he plans to make it in other languages and locations also. I will also make a few changes in the film to give it a pan India character, he explained."

Srijit Mukherji has been actively involved with the English professional theatre circuit in Delhi and Bangalore.

He came into the limelight after directing his first commercial film, Autograph, which was a critical and commercial success.

Director of the opening Sanskrit film VinodMankara said,"   ‘Priyamanasam’ celebrates the dance and music of 17th century and promotes Sanskrit as a language."

In the film Kathakali and live musical instruments have been used in an elaborate way.

"It took more than 6 years to research the Sanskrit movie Priyamanasam," he added.

Vinod Mankara is a journalist, writer, lyricist and filmmaker.

He holds the world record for having made 650 documentaries.

He has won multiple Kerala state government awards for his documentaries.