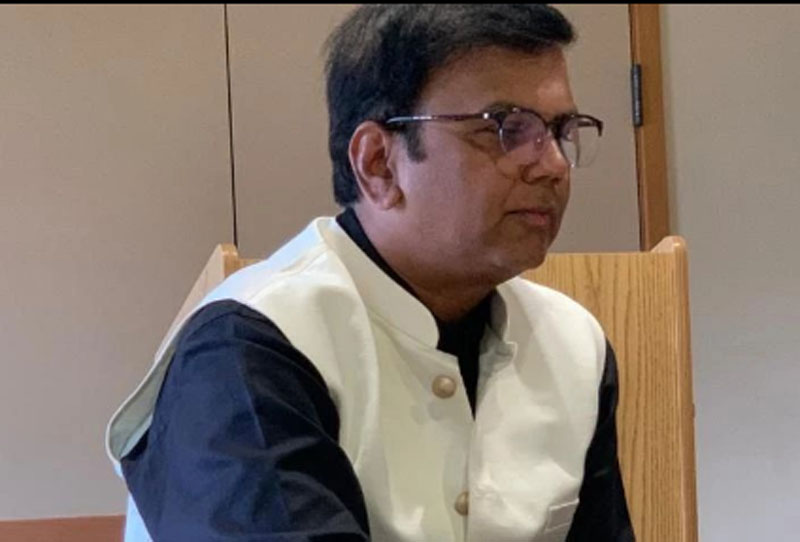 Panaji: Marathi bedtime stories for children often start with the phrase ‘Ekda Kaay Zala’ which translates to ‘Once Upon a Time’. Music composer, author and director Dr. Saleel Kulkarni’s film with the same phrase as its title, also tells a beautiful story but it is most definitely not meant just for children.

The film Ekda Kaay Zala, screened at the 53rd International Film Festival of India, is about a man who runs a unique school. He believes that a story can convey any thought under the sky however big or small. He applies stories in teaching all subjects at his school where his son also studies. When he comes across a difficult situation in his life and has to convey the news to his son, he resorts to this philosophy of using stories.

Interacting with the media and festival delegates at the ‘Table Talk’ session organised by PIB on the side-lines of the 53rd International Film Festival of India today, the director Dr Saleel Kulkarni said “Adults often presume how kids will react to things which they are being told. Conveying a situation to the children can be especially difficult if the adults themselves are finding it difficult to deal with the matter. Through this film I have tried to explore how news both good and bad can be shared with children in a delicate manner without imposing any pre-conceived notions that adults might have on how they react to it.”

Expressing his delight at the film being selected at IFFI 53, Dr Kulkarni said he was touched to see the audience in tears at the end of the film. He compared the experience of the screening to the experience he had while recording Lata Mangeshkar sing; and said he was equally overwhelmed on both occasions.

A music composer himself, Dr Kulkarni was asked about his experience of composing songs for his own film. He replied that it was a very different experience as he knew exactly how the songs were going to be shot. “With other people shooting them, there is always an element of surprise – pleasant or otherwise!” he said.

Explaining his point of view towards making films, the Director said he has decided that there will never be any villains in his film.  “We have sufficient problems; we don’t need bad people. Situations are villainous enough”, he remarked.

On the efforts the director took in choosing his cast, Dr Kulkarni said he auditioned more than 1700 children before he chose Arjun Purnapatre who essays the role of the child Chintan in the film.  Sumit Raghavan portrays the role of the father while Urmila Kanetkar Kothare plays the mother.

Speaking about his role in the film, Actor Sumit Raghavan who was also present at the interaction, said he knew he had to agree to do the role when Saleel Kulkarni narrated the story, as actors seldom come across such good scripts.

Explaining his process of choosing films Raghavan said as an actor he has tried to play the waiting game for good roles even when it’s easy to get lost in the economics. “I have always felt that an actor’s shelf life is limited.  I believe in being patient about my work. Being cast in such films only strengthens that belief”, he said.

Appreciating the work Dr. Saleel Kulkarni has done for children over the years Sumit Raghavan said, “Saleel knows the nubs of a child. He has worked with children for a very long time.”  On the reception the film has received from the audience Raghavan said, “The subject of the film is universal and everyone can relate to it. With a stellar supporting cast, everything fell into place. The film has done phenomenally well nationally and internationally. The IFFI selection is just a cherry on the cake.”