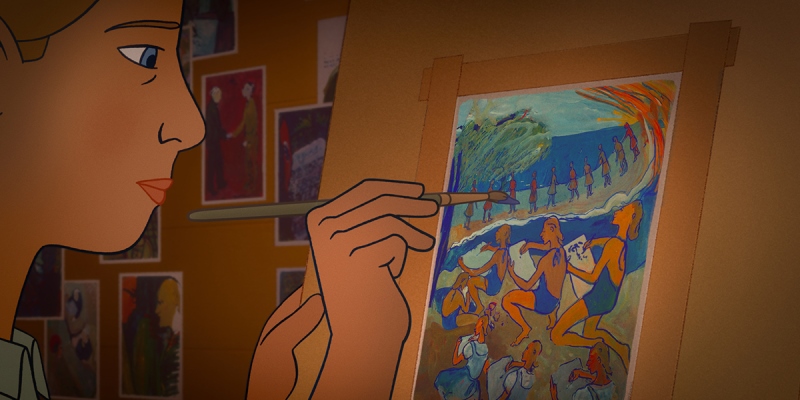 Toronto International Film Festival 2021 (TIFF 2021)'s animated drama 'Charlotte', directed by Eric Warin and Tahir Rana, is the true and heartbreaking story of Charlotte Salomon, a young German Jewish painter, gifted with a wild imagination and grand ambitions, who created radiating masterpiece against all odds of private turmoil and Nazis' seizure of power in Germany.

The film has been produced by Julia Rosenberg and others in Canada, France, and Belgium.

Born into a wealthy but troubled family in Berlin, featuring the voice of Keira Knightley as Charlotte, this is a heartbreaking tale of overcoming family hardship during a horrific time.

Charlotte's dreams were shattered at age of 16 when she was forced out of school by the violent mobs of Nazis and later made to leave for the South of France where in spite of temporary safety, her life became increasingly difficult.

Her struggle to come to terms with both a traumatic past and present, led Charlotte to paint her autobiography, and within 18 months, completed nearly a thousand paintings depicting the lives of everyone near and dear to her. Before her death at Auschwitz, aged 26, she left behind her extraordinary art movement “Song-play”: Life? or Theatre?

Canadian directors, Eric and Tahir made use of stunning artistry and brought justice to Charlotte’s work to deliver a powerful story of determination.

Born in France and graduating from the École des Beaux-Arts de Nantes, Erin has directed the short film Alex and the Ghosts (09) and co-directed the feature Ballerina (16) with Éric Summer. Charlotte (21) is his latest film.

Tahir Rana, an animator, and filmmaker studied classical animation at Ontario’s Sheridan College and has worked as a storyboard artist and animator on such shows like Inspector Gadget (17–18), Bob the Builder (18), and Charlotte (21) being his directorial debut.