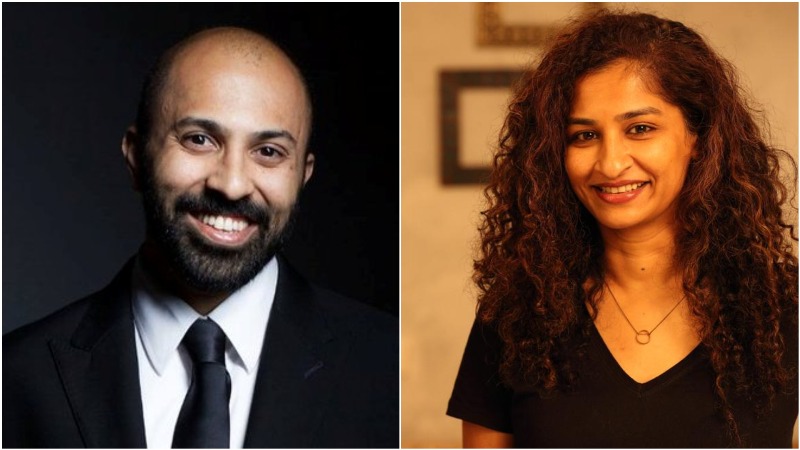 Mumbai/IBNS: The 12th edition of KASHISH Mumbai International Queer Film Festival which is being organized online this year from Aug 19 to Sept 5, spread over 3 weekends, will screen 221 LGBTQIA+ films from across 53 countries.

Sridhar Rangayan, festival director, said, “We are super pleased to have such eminent and accomplished personalities on the KASHISH 2021 Jury panels, who bring in their very own rich and diverse experiences in the jurying process. Our team is mighty thankful to them for their amazing support and co-operation in the jurying process, during these challenging times."

"May the best film win, but let us celebrate the uniqueness of each and every film that is in competition, but also all the films screening at the 12 day film festival. Each one of them makes us reflect on our own privileges and shortcomings and offer a mega blockbuster of entertainment.”

“In these challenging times, if all we can do is keep the flame of art and culture burning, that’s what we must do. Because art will reflect back on these times and art bears witness. I am very excited to be part of this amazing jury for this amazing festival," said Ritesh Batra, Filmmaker.

“In times like these, where else can human expression and connection be felt more than through film or art? And KASHISH is special because it just is. The purpose, the philosophy itself is what makes it so. I am finally able to be part of this Jury and a part of a great team and am grateful for it," said Gauri Shinde, Filmmaker.

“Our lives are precarious once again; this time with a severity closer home like never before. Precarity is not new to a queer person. It is our constant companion, demonstrated daily by my trans sisters, mothers, trans brothers & lovers. I remind myself of this, as various institutions forsake us today," said Satya Rai Nagpaul, Director of Photography.

"One such space is the KASHISH Film Festival, that has unrelentingly placed the queer life in the public domain. It is an honour to be a part of its 12th edition and as one of the Narrative Jury members, to have the opportunity to affirm, endorse and claim stake to our collective queer lives," he added.

“I have heard of the path breaking programming of KASHISH over the years and it's an honour to be a part of it this year, as a part of the Documentary Jury. …I am so thrilled,” said Bina Paul, Vice Chairperson of the Kerala State Chalachitra Academy.

“I’m extremely excited to be a part of the Students Short Film Jury for KASHISH 2021. It’s an honour and my colleagues on the jury are also wonderful people! Am looking forward to seeing some unique short films, and these students are major filmmakers of tomorrow!" -Viveck Vaswani, Actor/Producer & Dean of the School of Contemporary Media at Pearl Academy.

“Selecting the winner of the Riyad Wadia Award year after year has been truly rewarding for Wadia Movietone, as we help uncover significant new talent in our midst! It’s a fitting tribute as well to the memory and legacy of the late Riyad Wadia who blazed a trail for others to follow!, said Roy Wadia, jury member for the Riyad Wadia Award for Best Emerging Indian Filmmaker.

KASHISH 2021 will be available to audiences not only in India, but also across the world.

Registration details to attend the festival can be viewed at the Attend tab on the festival website: http://mumabiqueerfest.com. Schedule and also program details can also be viewed there.