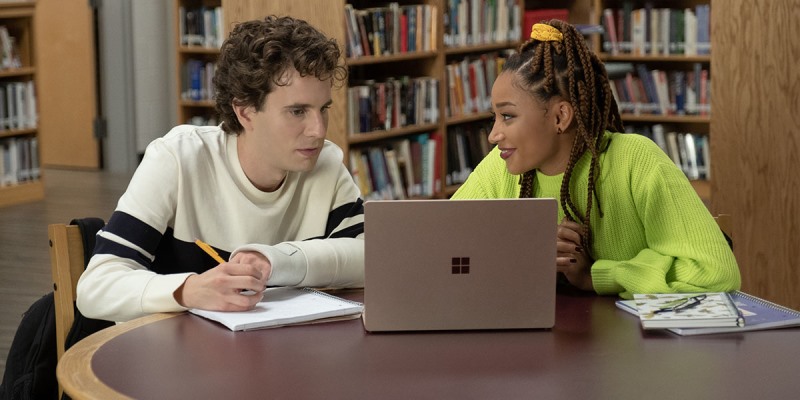 Toronto/IBNS: The feature-film adaptation of the Tony Award–winning musical 'Dear Evan Hansen' would be the Opening Night Gala Presentation at the 46th Toronto International Film Festival (TIFF) to be screened on Sept 9 at Roy Thomson Hall, Co-Heads Cameron Bailey and Joana Vicente has announced.

Visa Screening Room at the Princess of Wales Theatre, at the RBC Lakeside Drive-In at Ontario Place would offer additional screenings of Dear Evan Hansen,  and  TIFF Bell Lightbox platform would offer its digital screening.

Directed by Stephen Chbosky, Dear Evan Hansen is the story of tragic consequences when a high-school senior with a crippling anxiety disorder's private letter to himself as part of a therapy exercise lands in the hands of a fellow classmate leading to Evan's journey of self-discovery. This results in his being belonged and accepted, not only among the people who love him, but also by Evan himself.

Dealing with themes of  healing, forgiveness, this film reaffirms how connected and essential we all are to one another, said Cameron Bailey, Artistic Director and Co-Head, TIFF and added that Dear Evan Hansen is an ideal choice that celebrates our doming together once again to share the power and joy of cinema in theatres together.

Joana Vicente, Executive Director and Co-Head, TIFF also said it was important to open this year’s Festival with a film that connects to our shared humanity and our deep connection to  one another especially in times of loneliness and despair.

“Dear Evan Hansen is a film about allowing ourselves to be found, and giving ourselves permission to be our true, authentic selves,” said Stephen Chbosky. “After a year and a half of isolation, so many of us are finding our way back to each other. So, now more than ever, I am honoured that the Toronto International Film Festival has chosen Dear Evan Hansen to open this year’s Festival. We could not have asked for a more ideal festival, or audience, or moment to premiere our film.”

Continuing to work closely with the Province of Ontario, the City of Toronto, and public health officials on the safe execution of the Festival, TIFF's  number-one priority would be the health and well-being of both Festival filmgoers and residents of the community.

TIFF has once again partnered with Medcan, a global health care leader providing medical expertise consultation with over 90 physicians to support employees to help ensure the safest possible experience.