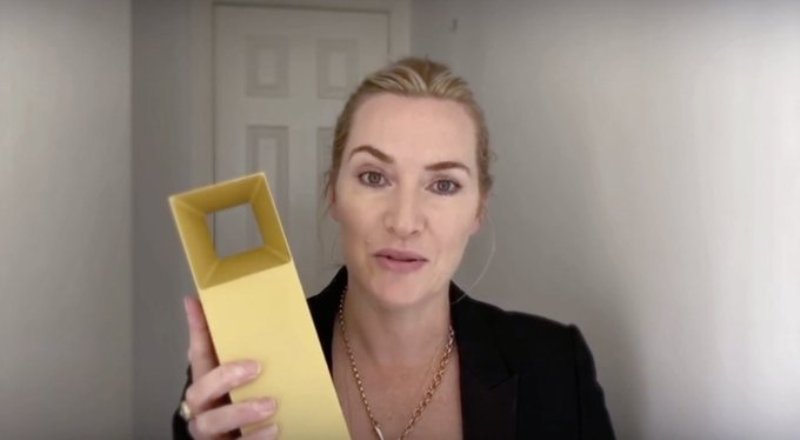 Toronto/IBNS: The Toronto International Film Festival (TIFF) Tribute Awards ceremony, an annual fundraiser which supports both TIFF's year-round programming, as well as the organization’s core mission to transform the way people see the world through film, was held on Wednesday and was streamed internationally by Variety at 8:30 pm ET .

Kate Winslet, staring in Francis Lee's film' Ammonite', the proud recipient of the TIFF Tribute Actor Award used her Award acceptance speech to thank frontline workers, acknowledge the lives changed by COVID-19, and express her hopes for a "return to a healthier reality."

While being grateful for the award she received, Winslet added: "It does feel very odd to receive the award at the time like this to be giving applause to anyone other than those who have and continued to be at the forefront of the battle against this virus across the world does feel decidedly out of place."

"I really like to take this moment to express my deepest gratitude to the families and individuals who fought and also remain fighting for the past six months and the people who have been struggling and continue to struggle for the past six months. I also salute Tiff for opening up again this wonderful film festival....in providing entertainment and relief to all the people...and trying to change the women's lives," she said.

"I am extremely proud that Ammonite has been presented at the TIFF. A quite intimate love story of two women with opposite lives, the love that they discover for one another, and the importance of a woman's integrity and passion. However minor my thoughts may seem to the wider comparatives, my feelings are heart-felt as we endeavor to return to a healthier reality. One that is hopefully altered enough to create space for an abundance of compassion, gratitude, kindness, and respect for each other and humankind regardless of gender, race, sexual orientation, or faith," said she.