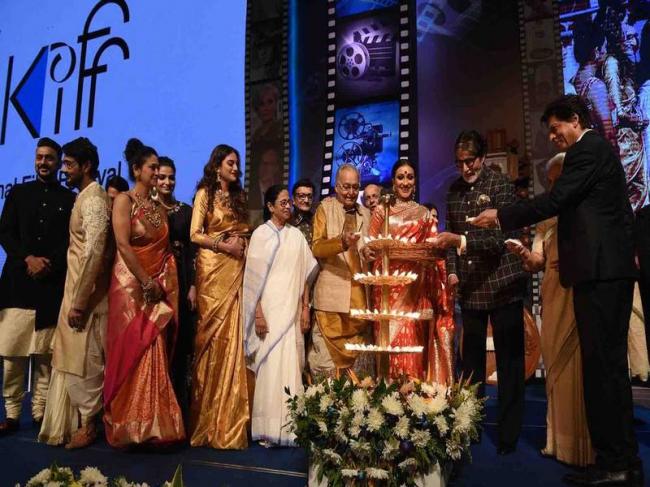 24TH KIFF: Notes to be remembered from the inauguration

Kolkata, Nov 11 (IBNS) Every year at the inauguration of the Kolkata International Film Festival (KIFF), this writer feels a bit miffed about Bollywood biggies Mr. Bachchan and Mr. Shahrukh Khan dominating the scenario and the Bengali stars lined up slightly apart or behind.

This year, this gap was bridged to great extent by bringing in Soumitra Chatterjee (he had earlier avoided the festival owing to his perceived political differences with the ruling Trinamool Congress) and Waheeda Rehman on the same platform to remind us of Satyajit Ray’s Abhijaan in which they were cast together.

One ‘bonus’ that had no links with the film festival the audience were privy to was a brief trailer of Shahrukh Khan’s unreleased film Zero. One wonders whether this was the right time and right place to present the trailer of his film.

Other than this slight veering away from the subject matter, the picture was complete because veteran actors of Bengali cinema beginning with Biswajit Chatterjee through Madhabi Mukherjee, Sabitri Chatterjee, Ranjit Mullick and many veterans and newbies who make up the Bengali film industry were present on the podium looking quite pleased to share the platform with Big B and Shahrukh Khan. 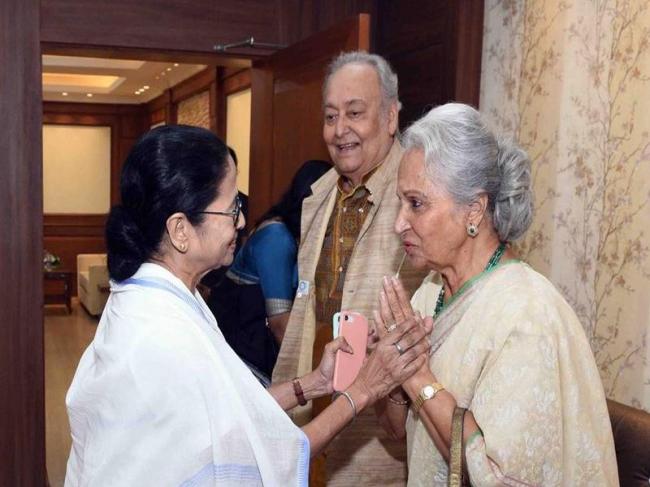 Tollywood biggie Prosenjit Chatterjee, President of the 24th KIFF, reminded the audience about the beginnings of Bengali cinema stating that the silent film Bilwamangal laid the foundation of the edifice that is now 100 years old. The question is – how does a “silent” film define itself as a “language” film that does not talk at all?

Even so, considering the date of release of Bilwamangal stated to be 8th November 1919, it is still not 100 years old. Maybe, a “talking” film was not the consideration, the story, the actors, the geography and the culture were the criteria on which this choice was based.

However, someone pointed out that even before Bilwamangal, Hiralal Sen made advertising films. Sen also made a documentary criticising the Partition of Bengal in 1905 which is considered to be the first political film in Bengal.

While Waheeda Rehman, a guest at the festival for the first time, recounted her experience of having worked with Satyajit Ray who appeased her fears of speaking her lines in Bengali which she knew nothing about, it is Amitabh Bachchan who raised a very significant point in his speech.

He pointed out that though we are celebrating 100 years of Bengali cinema, why do we always tend to focus on directors and actors? Why not do the accolades go to the very hard-working and creative behind-the-scenes contribution by make-up men, broom boys, spot boys, assistant directors, choreographers, costume designers without whose creative effort  no film would ever have been made, much less received acclaims and awards?

Will Bengal CM Mamata Banerjee, whose visages dominated the festival venues, make a note of this for next year – the Silver Jubilee Year and do something about this lacking?