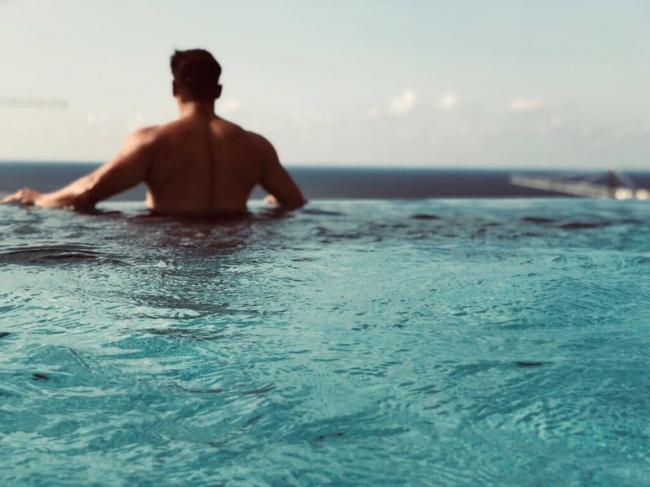 Malta/Mumbai, Aug 24 (IBNS): Bollywood superstar Salman Khan, who is now busy shooting for his next Hindi film Bharat, took to Twitter to share an image where the actor could be seen flaunting his muscled body.

But the question arises whether the picture is from Bharat or Salman clicked a photo to enthrall his fans on the micro-blogging site.

Salman, who could be seen immersed in waters in the picture, tweeted saying, "#Paani"

The 52-year old actor is presently in Malta, where the shooting for the film is underway.

Salman's co-actor Katrina Kaif has also joined the casting team in Malta and she too had recently shared an image on social media.

Reaching the European nation, Katrina clicked a stunning picture of herself and went on to share it with friends on Instagram.

In the picture, the actress could be seen in less make up and curly hairs.

The 35-year old actress entered the star cast of Bharat after her industry-mate Priyanka Chopra made an exit from the film.

Salman and Katrina, who had acted as a pair in a number of films, were last seen together in 2017 Hindi movie Tiger Zinda Hai.

After Tiger Zinda Hai, Bharat is the second consecutive film where the two senior Bollywood actors are working with director Ali Abbas Zafar.

Zafar's film is expected to release in 2019.