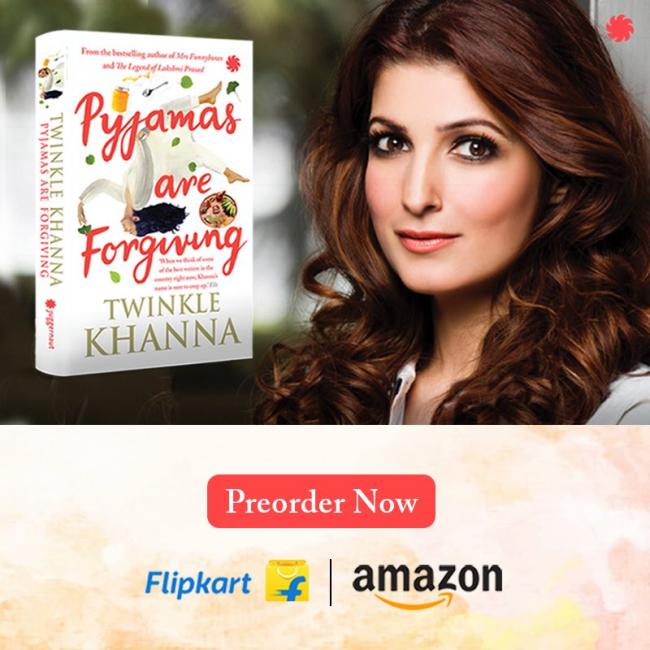 Twinkle Khanna's next book to release in September

The book is titled "Pyjamas are Forgiving".

Twinkle is known for her wit and sarcasm.

Announcing the time of her next book's launch, Twinkle tweeted: " Out in early September and I am going to be crossing my fingers and toes for the next few months :) Pre-order Pyjamas Are Forgiving at Amazon: https://amzn.to/2vIGsWG  | Flipkart: http://bit.ly/2vGznpE  @juggernautbooks."

Twinkle is known for penning down tow books "Mrs Funnybones" and "The Legend of Lakshmi Prasad".

Twinkle had earlier in her career worked in numerous hit Bollywood movies.