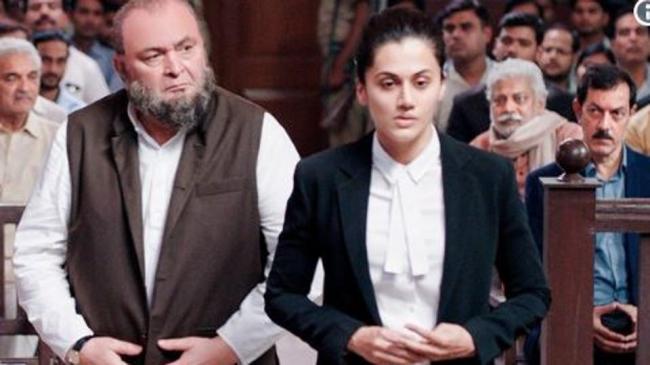 The film has been directed by Anubhav Sinha.

Taapsee's character in the film has been named as Aarti Mohammed.

The 30-year old actress will return to courtroom drama two years after the release of film Pink.

Speaking about her character in Mulk in a recent interview, Taapsee said: "The character seems to be interesting to me by the name only. She is a Hindu girl who gets married to a Muslim man. The story revolves around how Aarti fights for her in-laws and stands with the truth. Aarti is a girl to whom the right and wrong matters than anything else. "