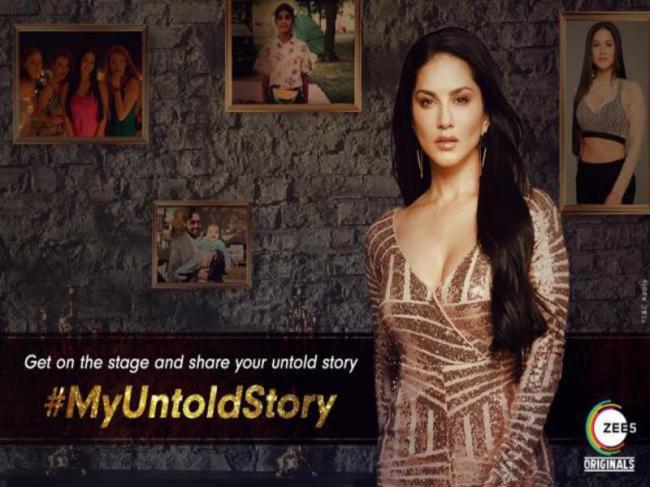 Sunny and several of her fans watched the first episode of Karenjit Kaur, which premiered on Zee5 on July 16.

A ZEE5 original, the series captures the journey of Sunny, born as Karenjit Kaur in a middle-class Sikh family, and her makeover from being an innocent girl to an adult film actress in Bollywood.

Commenting on the launch, Tarun Katial, CEO, ZEE5 India said, “It has been always been our endeavor to proffer viewers a platform that offers content which is bold, edgy and stirs emotions. While our past shows have ticked several boxes for us in getting the right product, Karenjit Kaur is a perfect blend of all of those and more.

"The Ormax Media & Dragonfly Research gave us insights that there has been a lot of interest in knowing the real story of Sunny, and we are confident that this series will present the viewers her real journey.

"Karenjit’s story is one that will resonate across the country that we, as ZEE5, have made strong inroads into. This is evident from the massive interest the motion poster and trailers enjoyed when launched. The motion poster of the series garnered more than 9 million views in just a week, and the trailer broke the internet by garnering 20 million views in just three days of going live.”

The movie has already triggered interest in people since the teaser and later the trailer of the film was released.

Sunny has been absent from Bollywood movies for quite some time now.

She was last seen in 2017 released movie Tera Intezaar.