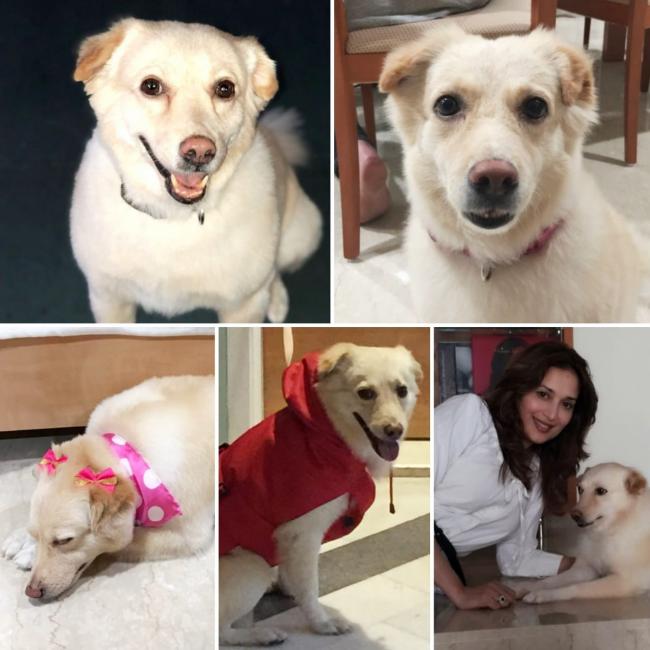 Mumbai, June 24 (IBNS): It takes great deal of empathy to understand the pain of another species especially the ones that cannot talk the language of man.

India’s most loved heroine, Madhuri Dixit is one such personality who is fond of dogs.

The actress recently lost her pet dog Riya to cancer.

Riya was adopted by Madhuri when she was 5 years old and she lived with them for seven years prior to her death to cancer.

When they first brought her home, her health was deteriorating with her hair falling out.

Madhuri's family nursed her back to health and she grew into a beautiful addition of the family.

She was more than family to them which is evident in the actress’pictures.

Animal lover, Madhuri Dixit has been associated with PETA for the longest time now.

Back in 2013, she rescued seven puppies who were drenched in water and struggling for life during her shoot. She stopped the shoot and helped the little ones with her husband, Dr Shriram Nene.