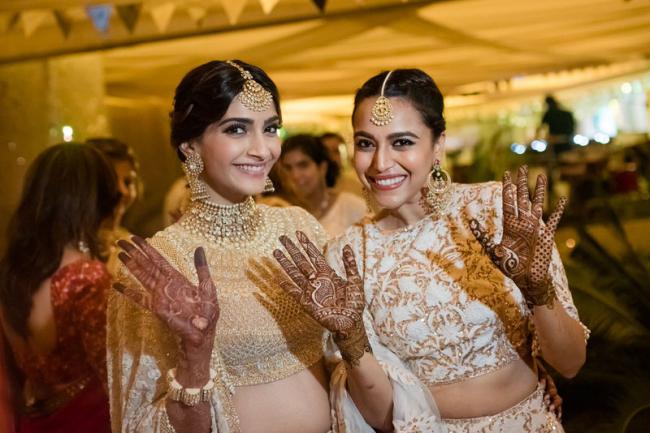 Swara has left a heart-touching message for Sonam on Twitter.

Tweeting a picture with Sonam, Swara said: "Happy happy birthday @sonamakapoor knowing u has meant knowing that friendship & solidarity can exist even in this glittering world of glamour and showbiz.. May each year bring greater happiness, peace and fulfilment to you! love uuuuuuu and happy birthday! @reelsandframes"

Swara and Sonam acted together recently in Veere Di Wedding, which has released on Jun 1.

She had received acclaims for her acting in films Delhi-6, Aisha, Raanjhanaa, Khoobsurat, Neerja and Padman.

The 33-year old actress will also feature in Rajkumar Hirani's next project Sanju, which is a biopic on actor Sanjay Dutt.

Sonam, who is the daughter of veteran actor Anil Kapoor, is often hailed for her style statement.