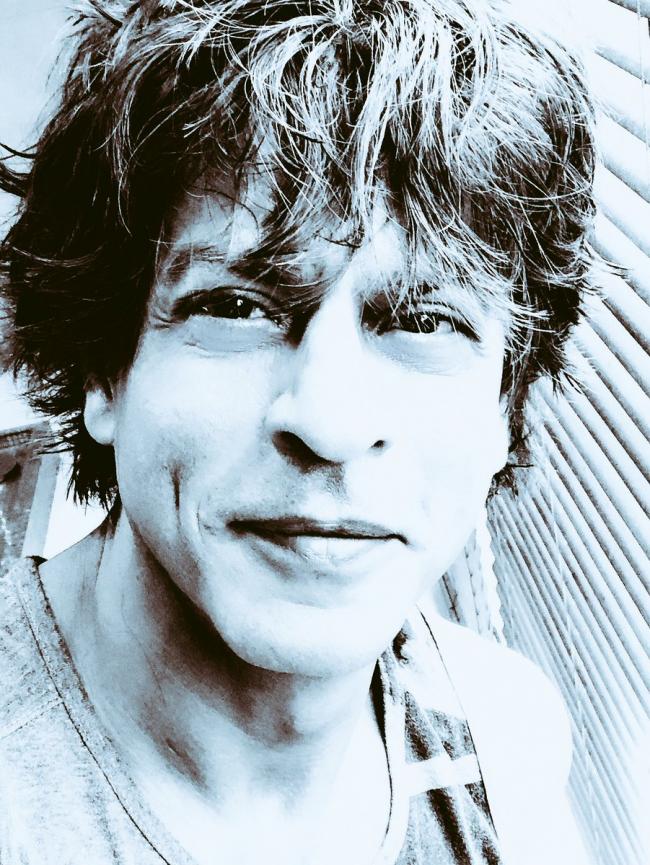 Khan took to Twitter to say he was requested by Karthik to smile.

My Captain @DineshKarthik asked me to smile cos I was so disappointed at the match before. This pic is for him. Thx @Russell12A @prasidh43 @SunilPNarine74 & #KKRTeam. Onwards & up... pic.twitter.com/G83DqW8Iwm

Following Kolkata's 102-run defeat against Mumbai, Khan took to Twitter to say, "Sports is about the spirit & wins/losses don’t reflect that. But tonite as the ‘Boss’ I need to apologise to the fans for the lack of spirit"

The stage was set for the Knights to emerge victorious by chasing down 211 in front of Khan, who was present at the stands, but the batting unit fell down like a pack of cards and bowled out to 108 in 18.1 overs.

In the next match, Kolkata registered a 31-run victory against Kings XI Punjab.

Kolkata will play their match against Rajasthan Royals on Tuesday.