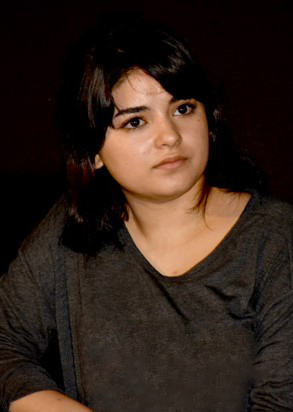 Actress Zaira Wasim reveals about her struggle with depression

Mumbai, May 11 (IBNS): Actress Zaira Wasim of Dangal fame on Friday confessed that she has been suffering from  severe anxiety and depression for a long time.

In a Facebook post, Zaira revealed that she was embarrassed and scared to admit her depression because of the social stigma attached with the same.

"It’s almost been 4 years and I’ve always been embarrassed and scared to admit it not only because of the stigma that goes around with the word DEPRESSION with it but most importantly because of always being told that *You’re too young to be depressed* or *It’s just a phase*," her post read.

Sharing further about her depression, Zaira wrote: "Popping 5 antidepressants every day, anxiety attacks, being rushed to the hospital in the middle of the night, feeling empty, restless, anxious, hallucinations, having sore limbs from sleeping too much to not being able to sleep for weeks, from overeating to starving myself, unexplained fatigue, body ache, self-loathing, nervous breakdowns, suicidal thoughts were all parts of this PHASE."

She wrote: "I was always made to believe that there’s nothing wrong with, but I knew- I always did and I still do.  I remember being told that there’s no such thing as depression, it only happens to people to were above 25."

Zaira, who recently featured in 'Secret Superstar', shared that depression is not a feeling or choice but is an illness.

"It’s almost been four and half years since I’ve been diagnosed with depression and anxiety and today I’m finally ready to understand my illness and embrace the version of myself which I’ve always wanted to accept, without being ashamed, embarrassed and having the fear of being judged for it," she noted.

"I just need a complete break from everything, my social life, my work, school and especially social media. I’m really looking forward to the holy month of Ramadhan as it may be the perfect opportunity to figure things out. Please remember me in your prayers," she added.