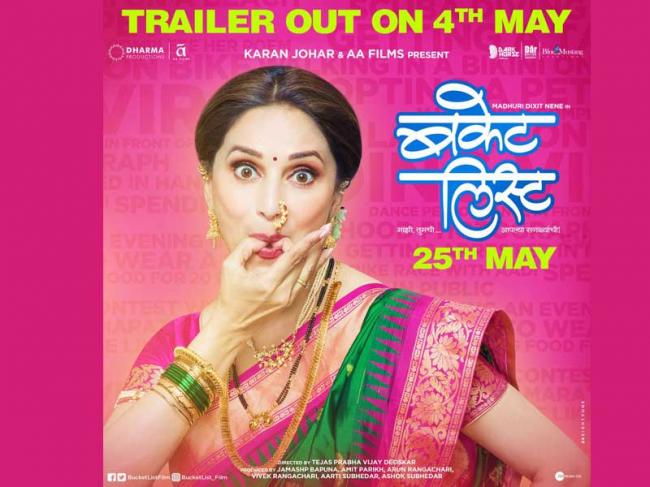 Trailer of the movie will release on May 4.

Madhuri Dixit is making her Marathi movie debut with the film.

The movie is slated to release on May 25.