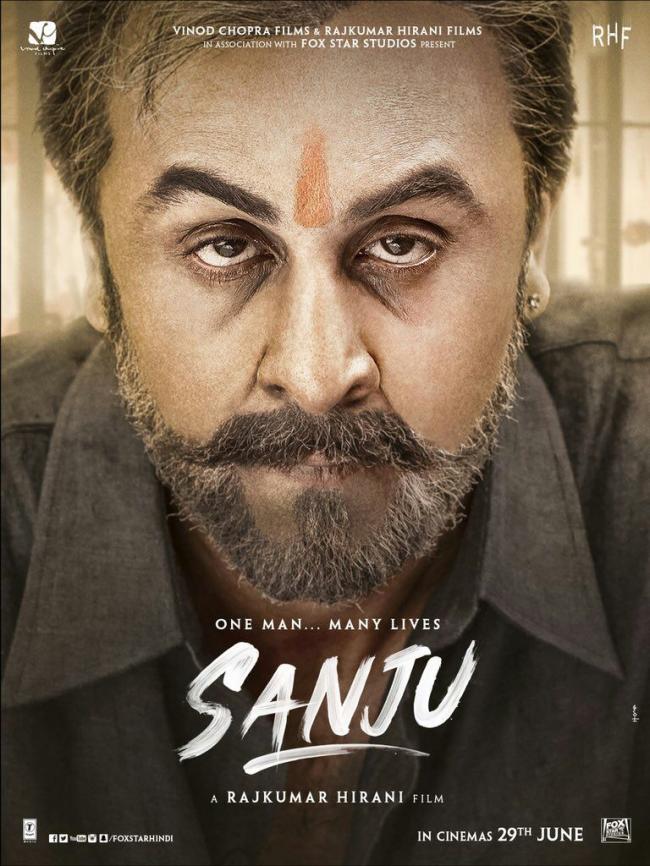 Mumbai, Apr 30 (IBNS): A new poster of upcoming Bollywood movie Sanju has been released by its makers.

He is portraying the character of Bollywood actor Sanjay Dutt in the movie.

The movie is based on the life of the actor.

The movie is slated to release on June 29.