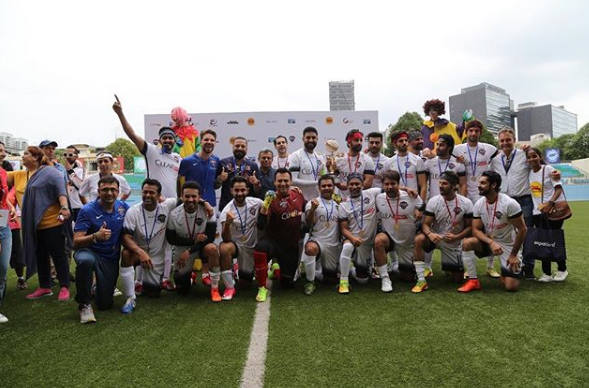 Abhishek posted on Instagram: "I want to thank each and every one of these boys. They take out their valuable time every weekend to come and practice, and also to travel as a team without the many perks that they rightly deserve, to play for @magic.bus. Thanks to their help and contribution we managed to raise around 800 thousand dollars for the wonderful work that Magic Bus does. I will eternally be thankful to all of them for their selflessness, charity, grit, dedication, respect and love.
#brothersforlife #winners @allstarsfc_pfh @gsworldwideent."

Abhsihek will soon be seen in Bollywood movie 'Manmarziyaan'.

The movie is directed by  Anurag Kashyap.