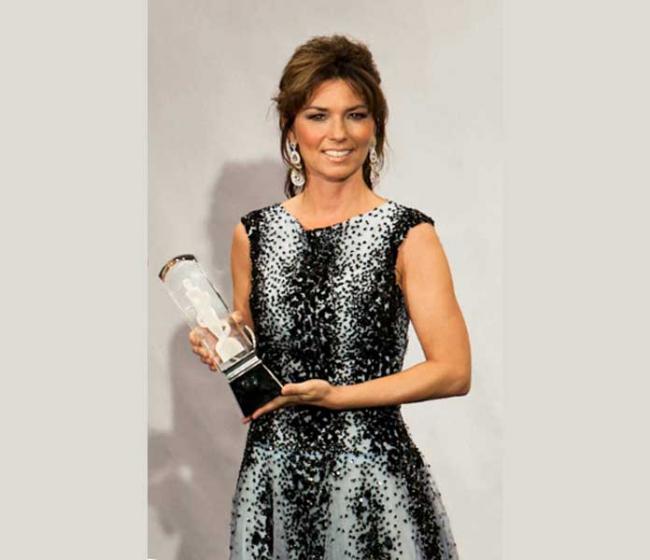 Shania Twain apologises after saying she would voted for Trump

Los Angeles, Apr 23 (IBNS): Singer Shania Twain has apologised after she said she would have voted for Donald Trump in the 2016 US election.

The Canadian singer recently told The Guardian: "I would have voted for him because, even though he was offensive, he seemed honest. Do you want straight or polite? Not that you shouldn’t be able to have both. If I were voting, I just don’t want bullshit. I would have voted for a feeling that it was transparent. And politics has a reputation of not being that, right?”

The singer does not enjoy voting right in the US.

Following a social media backlash, she said the comments were not "representative of my values".

The singer tweeted:"I would like to apologise to anybody I have offended in a recent interview with the Guardian relating to the American President. The question caught me off guard. As a Canadian, I regret answering this unexpected question without giving my response more context."

She said: "I am passionately against discrimination of any kind and hope it’s clear from the choices I have made, and the people I stand with, that I do not hold any common moral beliefs with the current President (2/4)."

"I was trying to explain, in response to a question about the election, that my limited understanding was that the President talked to a portion of America like an accessible person they could relate to, as he was NOT a politician (3/4)," she said.

The singer said: "My answer was awkward, but certainly should not be taken as representative of my values nor does it mean I endorse him. I make music to bring people together. My path will always be one of inclusivity, as my history shows. (4/4)."

Trump won the US Presidential polls in 2016.