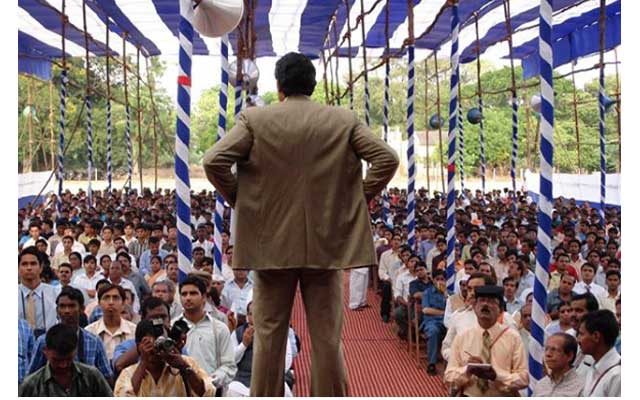 Mumbai, Jan 12 (IBNS): Actor Abhishek Bachchan celebrated 11 years of Guru by posting a never before seen picture from the movie.

Bachchan Junior posted the image with the caption that read: "#flashbackfriday #11yearsofGuru Literally a "behind" the scene shot of me rehearsing the now famous AGM scene from the film. A very demanding and difficult scene for me. Turned out beautifully entirely due to the genius of Mani Ratnam and @dirrajivmenon. Great times, even greater memories."

Guru is a 2007 Indian drama film loosely based on the life of Dhirubhai Ambani, a business magnate who founded Reliance Industries.

The film also has Mallika Sherawat in a guest appearance.

The score and soundtrack for the film was composed by A. R. Rahman. The film was dubbed and released simultaneously in Tamil as Guruand in Telugu as Gurukanth.

In the Tamil version of the film, the lead role (Abhishek Bachchan) was dubbed by Suriya.

The film was released on 12 January 2007 with its première at the Elgin Theatre in Toronto, Canada, on Thursday 11 January 2007, making it the first Indian film to have a mainstream international première in Canada.