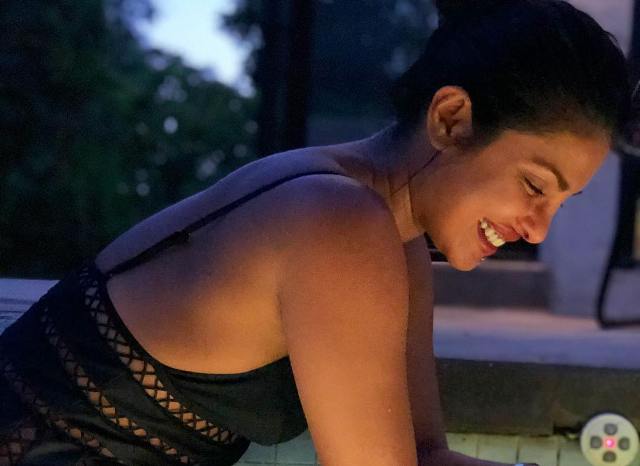 Priyanka, a popular face on American television, shared three posts on her Instagram profile that reveals her enjoying in the swimming pool wearing a black bikini.

In the first picture, Priyanka used a caption that reads: "Sunny LA.. the silence and I... â¤ï¸this.."

The second post, where the actress was present along with some others, was captioned: "Going into the weekend be like... oops it’s still Thursday..."

The third picture, where the actress was seen to smile as she was looking gorgeous in the black bikini. The picture reads: "And then you smile... because sometimes you just do. #thursdayisthenewfriday gn world."

And then you smile... because sometimes you just do. #thursdayisthenewfriday gn world

Priyanka, who played the role of Alex Parrish in the television series Quantico, has recently secured the eighth place in Forbes's latest ranks of the world's highest paid TV actress 2017.

She had earned $10 million in the last one year.