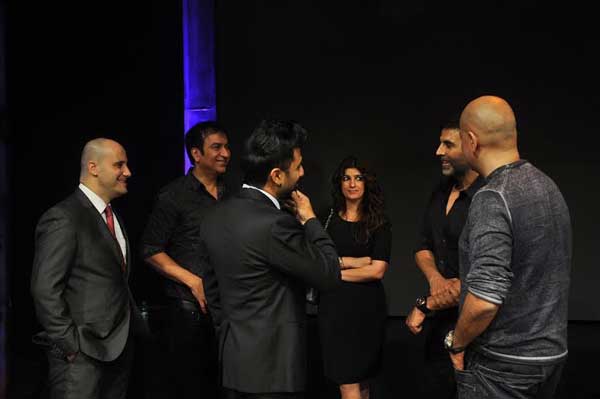 Akshay and Twinkle were dressed in sleek black attires matching each other perfectly. The duo also went on stage after the show, to meet with with Vir Das. The actor wanted to congratulate Vir for his performance. The show was a hit with audience, with it receiving a grand standing ovation as well.

Vir Das’ stand up play ‘Battle of Da Sexes’ is a successfully running act that has engaged audiences all over. ‘Battle Of Da Sexes’ sells tickets in pairs only, one for a male and one for a female where the men and women sit separately on opposites sides of the auditorium. The hilarious Vir pits one side against the other in a hilarious war of wits also announcing a winning side a highlight of the whole act.

‘Battle of Da Sexes’ will be staged at the Sophia Auditorium, Breach Candy on Sunday, 30th November at 7pm. Tickets are available online at http://in.bookmyshow.com/events/battle-of-da-sexes/ET00016935