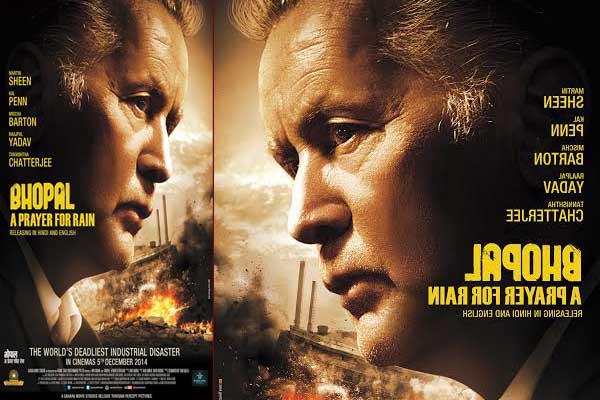 Martin Tsai of the Los Angeles Times calls the film "a revolutionary cautionary tale" applauding how "Kumar vividly recreates the Bhopal disaster". Gurinder Chadha, director of much-loved films like Bend It Like Beckham, calls Bhopal: A Prayer for Rain "outstanding, a must see film!"

Naomi Canton of Asia House called the movie "better than Slumdog Millionaire and 12 Years A Slave" while Liza Forman of Financial Times London wrote that Bhopal is "a story that needed to be told."

Sheen, who plays Union Carbide CEO Warren Anderson in the film says: "When I was invited to participate in the film about the Bhopal incident I felt compelled to accept.  And the response to the film here reinforces  the faith I had in the subject. It has been 30 years since the tragedy but it is as relevant as ever."

Reacting to the overwhelming response to the film in the US, producer Seemanto Roy (of Sahara Movie Studios) said: "We are very happy with the way the film has been received in America and now hope that Indian audiences take to the film and the youth becomes aware of the mistakes that were made in the past."

The film  produced by Sahara Movie Studios and Rising Star Entertainment will release in India on Dec 5.