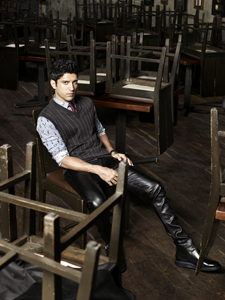 Farhan goes through rigorous training for his new look in Wazir

The actor not only gave an outstanding performance but the kind of physique the actor made had become a talking point.

This time around again the actor is ready to take the audience by surprise.

Farhan will be seen playing an ATS Cop in his upcoming film Wazir.

The character required him to be lean and at the same time muscular.

The actor had gone through months of training to get the right kind of look.

When it comes to gaining muscle mass it becomes very difficult. The actor had gone through vigorous training and also was on a strict diet.

The first schedule of the film took place in Delhi.

While on set the actor had a trainer with him as he has to workout everyday, he spends quality time training before the shoot.

While he has gone through a physical change the actor is also going to look different as for the time being he will be seen in a mustache in the  film and also has had a different haircut.

Spokesperson of Farhan said, "Farhan had gone through a major major transformation to play the role of Milkha Singh and he was more than determined to get the perfect look for his character in Wazir. He would be seen playing an ATS cop which required him to look fit and muscular. Farhan went through very strict training for it. Till the shoot of the film completes Farhan will be on this workout regime and in his new look."