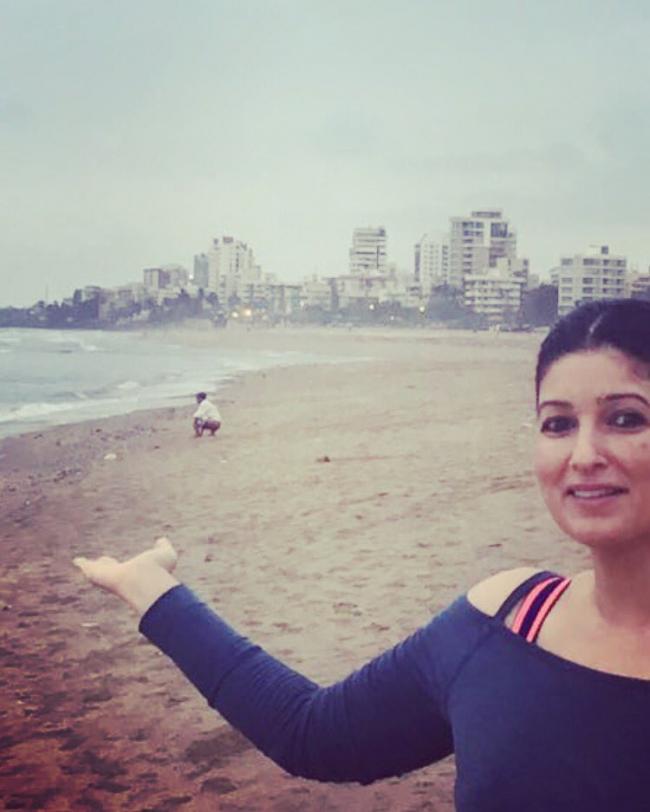 Mumbai: Twinkle Khanna shares image of a man defecating on a beach

Twinkle posted the image and tweeted: "Good morning and I guess here is the first scene of Toilet Ek Prem Katha part 2 WhenYourWalkGoesDownTheToilet."

With the strong going of the movie on the Box Office, it is evident that the message of the film has been liked by audience.