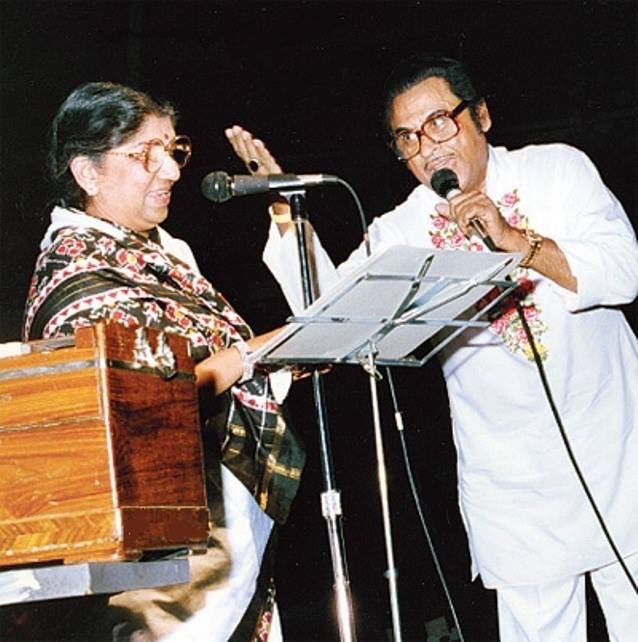 She also shared an image with the late singer on her Twitter page for fans.

Kishore Kumar, a fan of playback singer K L Saigal, started out as a chorus singer at Bombay Talkies. He had no formal training in music and was rather reluctant.

It is said that music director S D Burman heard Kishore imitating Saigal and advised him to develop his own unique style rather than follow someone.

That led to the famous yodeling, a trademark of Kumar’s.

Though he started out as a singer, Kumar acted, wrote lyrics, composed music at times, produced some of the movies, wrote the screen play and the script at times.

He later produced and directed a movie ‘Door Gagan Ki Chhaon Mein’ in which his first born Amit Kumar played his son.

He play-backed for some of the biggest names in Bollywood which include actors Dilip Kumar, Rajesh Khanna, Dev Anand, Amitabh Bachchan, Mithun Chakraborty, Dharmendra to name a few.