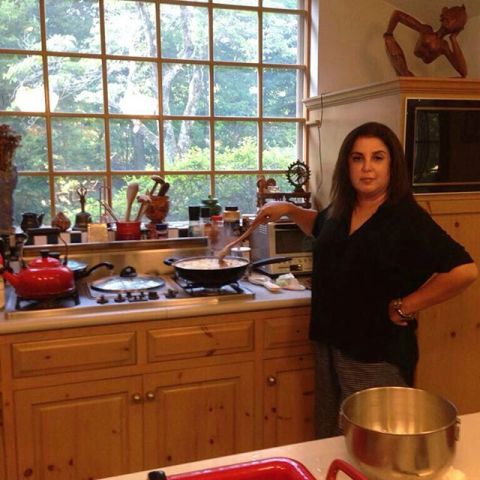 Farah Khan busy at her kitchen, cooking for friends

India Blooms News Service | | 01 Jul 2017, 09:01 pm
#FarahKhan, # FarahInKitchen, # CookingForFriends, # FarahKiDawat
Mumbai, July 1 (IBNS): Film director, producer and choreographer Farah Khan was seen to be busy at her kitchen in one of her recently uploaded picture on Instagram, as she said to be cooking for friends.

Farah shared a picture on Instagram few hours ago, where she was seen to be standing in front of the burner while giving a pose.

Revealing that she was cooking for her friends, the director said: "No free luncheseven on holidays #cookingforfriends#farahkidaawat."

Farah was also seen to host a cooking related reality show 'Farah Ki Dawat', back in 2015.