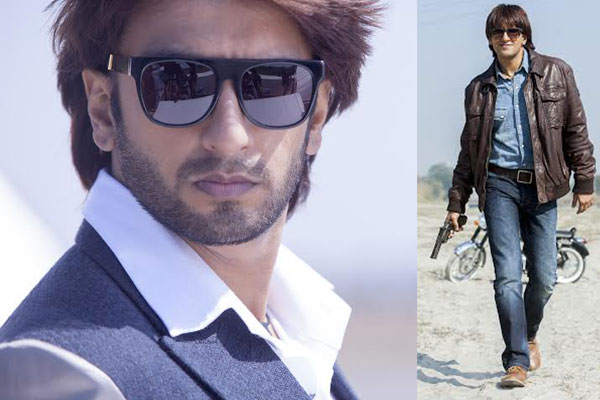 'I am a happier person now'

Trans World Features (TWF) | | 04 Nov 2014, 03:07 pm
#Ranveer Singh, # I am a happier person now
Ranveer Singh is one of the few names in recent times to have made it big in Bollywood without a background in films. The actor, who announced his arrival with Band Baaja Baraat in 2010, has come a long way. With multiple hits to hit credit, Ranveer awaits the release of his next film Kill Dill. He speaks to TWF correspondent Gaurav Sharma.

On top of the world.  I am really enjoying all the attention that I am getting for my work and am happy that my films are working at the box office. I couldn’t have asked for anything better.

So, how much has life changed in the last four years?

It has changed completely. (Laughs). I have become busier but that’s just one of the things. I have a lot of responsibilities now. I get less time to spend with my family but I enjoy the attention that I get when I am home. I have money and fame now though I always feel that money is an overrated thing and fame is passing. The biggest change that I feel has happened is that I am a happier person now and I can give my family all those things that they expected from me.

Do you still get nervous before a film release?

I have matured a lot in the last few years. I don’t get anxious or impatient and have learnt a lot of things now. I have understood the meaning of being part of showbiz and how to handle things though I have a lot more to learn. Today, I am in a position to refuse an offer that doesn’t attract me. However, somewhere down the line, I feel, a sense of nervousness works in every actor before the release of every film. Everyone wants his or her film to work and the nervousness comes from there. It’s the audience, which matters and it is they who decide your fate in the industry. If they shower you with love you are bound to survive in this industry.

Your last film, Gunday, was a runaway hit…

It was an action film and I enjoyed working on it thoroughly. Probably, that is one of the reasons I sound so confident today.

And your upcoming film Kill Dil too is high on action.

Kill Dill is a very important film for me. I enjoy this genre and working with a set of talented actors was a bonus for me. When you work with a bunch of talented people, it always helps you, as it becomes a learning process.

Govinda plays villain in the film.

That’s one of the high points of the film. He is immensely talented and he will be the one to watch out for in this film. He plays Bhaiyaji, a don from Uttar Pradesh. He is ruthless and all the characters have multiple layers. The story is about tricks the heart plays on someone in love who is unsuspecting.

You play an assassin in the film.

It was a very challenging role for me. (Smiles). Not only do I play an assassin in the film I also got a chance to share the dance floor with Govinda ji. He is simply amazing. You just can’t match his standards. He is full of energy and it was difficult for me to actually match his standards. I play, Dev, who is brought up by Bhaiyaji and becomes one of his most trusted men, who can kill anyone on Bhaiyaji’s orders. The other trusted man is Tutu, play by Ali (Zafar). The story takes a turn when Dev falls in love with Disha.

So, the film has quite a bit of romance too.

As the name suggests, there is action as well as romance. In fact, all the killings that take place is because of the romance. It is a very fast-paced film and the audience will enjoy it thoroughly because it has been made in a very stylised way.

How was it working with Shaad Ali? He is making a film after quite some time.

Oh he is just like my elder brother. I share a special bond with him and this film is special to me because the work relation between Shhad Ali and me was not just restricted to that of a director and an actor. Though the role was very challenging, I didn’t have to do a lot of research before commencing shooting because I was also involved in the scripting process of the film. So, I had a fair idea how my character would shape up on screen. Shaad Ali involved me right from the time he planned this film.

You have worked with some of the best filmmakers such as Sanjay Leela Bhansali and Vikramaditya Motwane and others. Do you feel you have been lucky to have had worked these people early in your career?

I feel privileged to have got a chance to work with them. They are some of the best in the trade and working with them is every actor’s dream. They all come from different schools and have their own style. Sanjay Leela Bhansali is one of the few directors, who always give a chance to his actors to improvise and most of the time he retains those scenes. I couldn’t have probably played the character in Lootera, had Vikramaditya not motivated me. I completely surrendered to him. Shhad Ali is very particular with what he wants from his actors and he is always full of surprises.

You sport a bald look in Bhansali’s next, Bajirao Mastani.

I feel that’s what every actor should do. We have to do justice to the characters we play. A lot of hard work goes into making a film and I feel it’s the responsibility of everyone involved in the film to make it a success.

So, what are the kinds of roles you want to play in the future?

More than the roles, I think it’s the film that matter. I would always want to play characters that have meat in it but it not only about doing big films. It’s the love of the audience that matter. I would love to do films that have a shelf life…a film like Ram-Leela or Gunday or Lootera, which the audience can watch again and again. You survive because of the films you do.