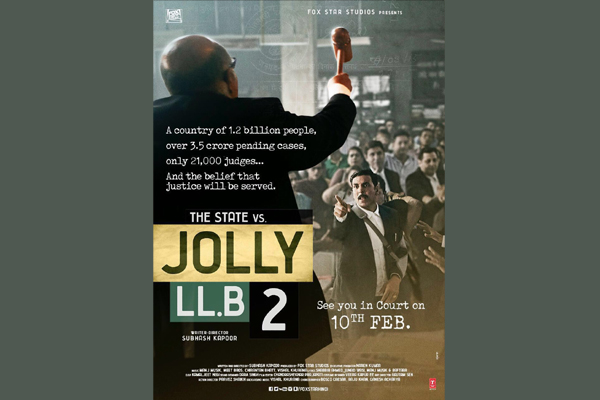 "The fight for the right is not easy. This is one such case #JollyLLB2 in cinemas on February 10," his tweet read.

Sharing a picture, the actor has highlighted the lack of judges in a country housing over a billion people.

The movie is set to release on Feb 10.