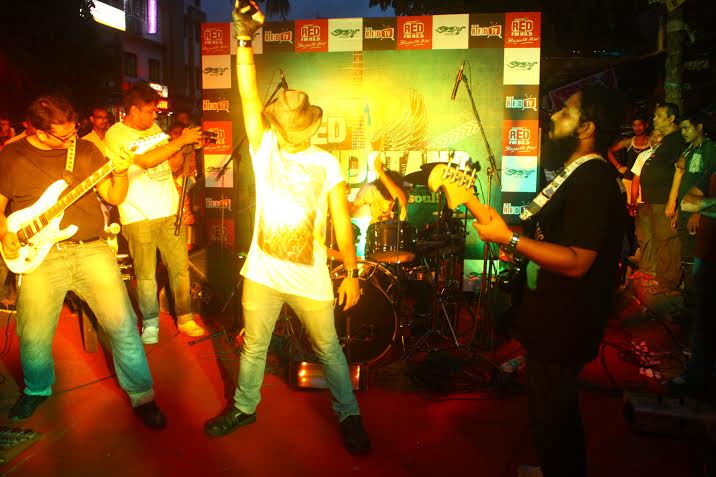 The initiative aims at providing a platform for the upcoming independent musicians to showcase their talent through on-ground performances across major cities in the country at places where they can reach the masses.

The crowed enjoyed their soulful originals like ‘Yaad’ and ‘Adhurie hai’ as well as their versions of numbers from Silk Route to Pink Floyd to Mohiner Ghoraguli.

The event was promoted on RED FM’s official page, Youtube channel and Twitter, with videos of their live performances created exclusively for the same.

Commenting on the launch of RED BANDSTAND,  Nisha Narayanan, COO, 93.5 RED FM said, “Independent music scene in India has gathered pace in the last couple of years and its consumption is no longer restricted to specialised clubs and select gatherings. Along with wholesome entertainment, we believe in nurturing deserving talent and taking it to the next level by providing maximum support. RED FM has already proved to be an entertainment leader by hosting numerous musical concerts through RED LiVE. With RED BANDSTAND, we promise to provide a platform to nurture the upcoming musicians and singers and help them showcase their talent to a wider audience”.