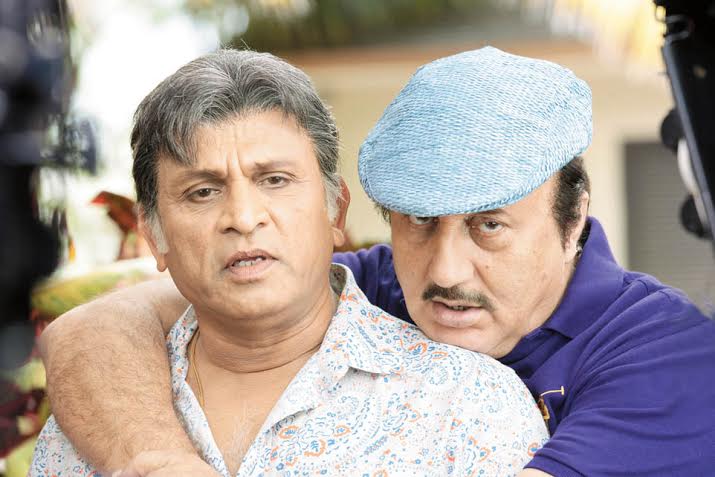 India Blooms News Service | | 13 Oct 2014, 05:31 pm
#The Shaukeens
Mumbai, Oct 13 (IBNS): 'The Shaukeens', an upcoming comedy film, set to release next month stars Bollywood's famous veterans, Anupam Kher and Annu Kapoor. The duo will be seen together onscreen after a period of 24 years. Last seen together two decades ago in Mukul Anand's 'Hum', the actors were excited to share screen space again after such a long time.

"If we had to get together after 24 years, it had to be for something really special,” said the talented Anupam Kher. Both the actors had been offered roles with each other in the past but it did not materialize. The duo had not even read the script of ‘The Shaukeens’ when they agreed to be a part of the film, in a move very similar to what they did for ‘Hum’. The actors play two of three 60 plus men on a look out for some fun in life.

They kept the film’s unit in splits with their banter, teasing one another while reminiscing stories of their last film. Coincidently, the shooting for ‘Hum’ was also held in Mauritius, the same place they shot for ‘The Shaukeens’. This film was a memorable journey for both actors and turned into a rollercoaster ride for the entire cast.

Veteran actors Anupam Kher and Annu Kapoor were so excited to finally work with each other that they made a promise to have dinner together every day.

'The Shaukeens' is a remake of 1982 comedy movie ‘Shaukeen’ directed by Basu Chatterjee. It stars Anupam Kher, Annu Kapoor, Piyush Mishra and Lisa Haydon along with Akshay Kumar in his most special appearance. Produced by Cine1 Studios, Cape Of Good Films & Ashwin Varde Productions and directed by Abhishek Sharma, the film is set to release on November 7, 2014.