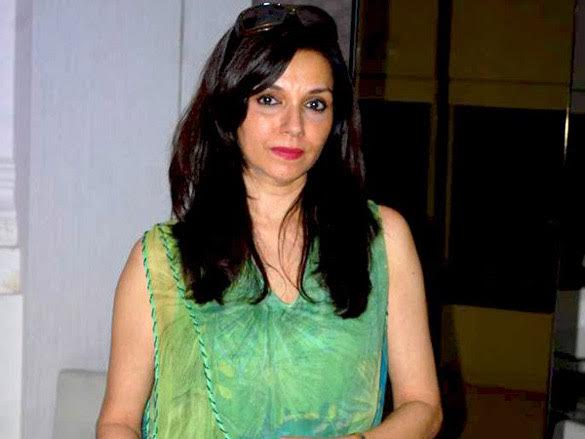 India Blooms News Service | | 25 Dec 2016, 08:32 pm
#LilleteDubey, #MonsoonWedding, # 30DaysInSeptember
"Not only is Lillete a beauty, but she is also a a force of talent to be reckoned with!" Words of international filmmaker Mira Nair, who had cast her for Monsoon Wedding, the 2001 film also starring Nasirudding Shah that had won critical acclaim. IBNS catches up with the powerful actress from the world of theatre and Bollywood in Kolkata


With her directorial venture '30 Days in September' still running to packed houses even after 100 shows, director actor Lillete Dubey is now ready with her next production August Osage County.

"I think plays like it show you the power of theatre. A 19 year old girl saw this play during one of the earlier shows and now started one of the biggest ngos," said the 'Lunchbox' actress  who was born in Pune as Lillete Kiswani to a Sindhi Hindu family.

30 Days in September, written by Mahesh Dattani, talks on the sexual abuse of Mira (played by Lillete's daughter Ira Dubey) by her uncle (played by Amar Talwar) and how her mother chose to look the other way.

"When the truth becomes too frightening, everyone including the mom falls silent. However the situation now shows signs of change, For hundreds of years none used to speak on such issues, now people like Mira are mustering courage as shown towards the end," she said on the sidelines of her perfomance in the Sabhagar Theatre Festival.

"You don't have to be didactic to make a play connect to the audience, what is the sole criterion is identify with people and be aware about what happens around. Don't scream, but talk down the issue and there will be more takers," said Dubey whose father, Govind Kiswani, was an engineer who worked with Indian Railways, and  mother, Leela, was a gynaecologist.

Owing to her name, her stylized performances, her sophistication-laced roles even when they are with comic overtones, and her strong voice, it has often be thought that she is a Christian or from mixed-parentage. But it is not so.

About August Osage, LIlete said, "we are coming back with a fabulous play, a sensitive play, where the members do not get along with each other after the family elder dies."

The play which casts Ira, Suchitra Pillai, Lillete herself, Anant Mahadevan deals with the frustration lurking in every individual's life which comes to the fore and a whole can of worms is unveiled in the face of a grim tragedy, she informed.

Talking about the just concluded Serendipity Arts Festival in Goa where her Script Lab was presented in collaboration with Dattani, Lillete gushed: "It was something India had never seen before.

"A multidisciplinary art festival where multiple disciplines - visual arts, food photography, dance, theatre - everything was embraced. There was workshops, seminars, live performances and likewise,"  said the actress who gave voice to English theatre in India and has been equally at ease in Bollywood mainstream films like Kal Ho Naa Ho or  The Best Exotic Marigold Hotel  theatre.