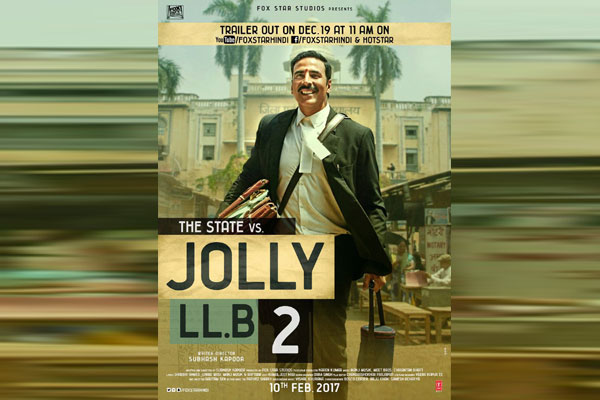 JollyLLB2 trailer to release on Dec 19

Sharing a second poster from his film, Kumar's tweet in Hindi read, "All information regarding LollyLLB2 is right here. Out On Dec 19 at 11 AM."