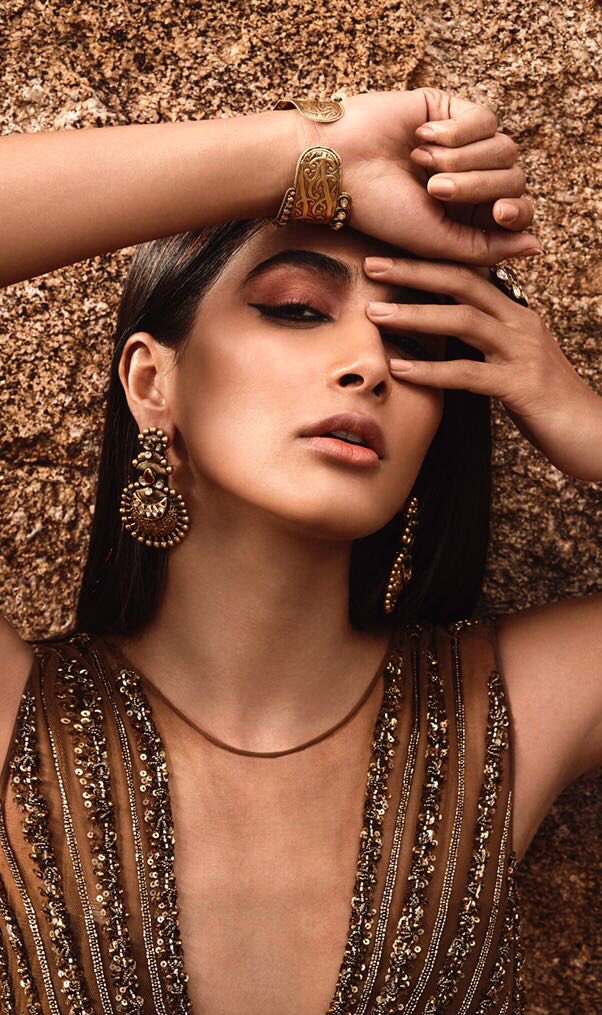 India Blooms News Service | | 15 Dec 2016, 07:44 pm
#Shah Rukh Khan, #Praises, #Mohenjodaro, #Pooja Hegde
Mumbai, Dec 15 (IBNS): Pooja Hegde's debut film Mohenjodaro may not have cash registers ringing at the BO but her performance has been the talk of the town within the industry.

The front runner to shower his words of praise for Hegde was none other than the Badshah of Bollywood - Shah Rukh Khan.

Known to be a superstar who's extremely encouraging of newcomers and someone who actively engages with working with them, he praised Pooja tremendously at a recent awards show where Pooja won the award for this year's Best Female Debut.

Says an insider source, "Shah Rukh Khan took to stage and mentioned how he'd seen her film recently and thought Pooja's performance was very impactful and she showed tremendous promise in her first film. He further added that he would like to work with her very soon before he has to start essaying fathers roles in films."

SRK has worked with new actresses recently in Fan and Raees and has been very encouraging of new talent like in case of Alia and Anushka.