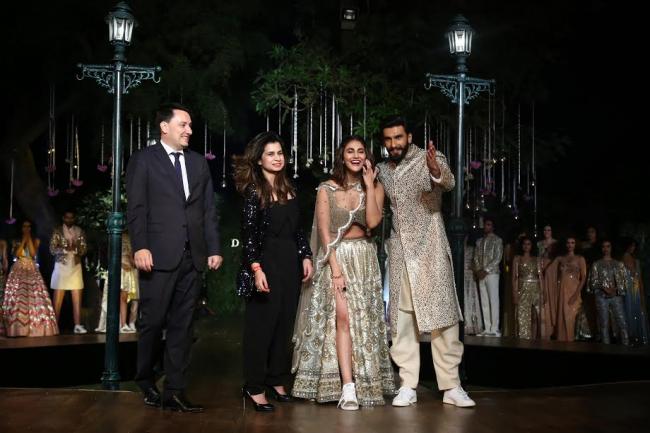 Shot entirely in Paris as well as in Cannes and Picardie, Befikre is steeped in the Parisian spirit of romance and celebrates sensual, carefree love.


The Residence of France came alive with the spirit of Befikre as the vibrant evening saw Ranveer Singh and beautiful actress Vaani Kapoor give a scintillating performance to the film’s song, “Khulke Dulke”. 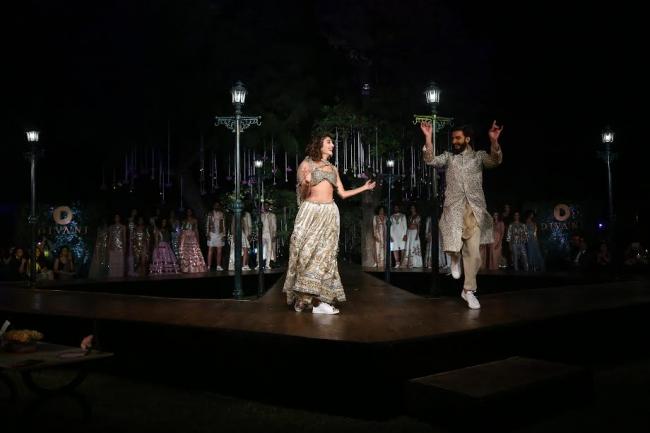 The duo, dressed in exquisitely designed DIVA’NI couture, also sashayed down the ramp for the dazzling launch of “The Ivory Kiss”, Spring-Summer 2017 couture collection of DIVA’NI, which designed the actors’ costumes for the film also.

Partnered by Pullman Aerocity, Accor, Atout France and Air France, the soirée was an ode to the film and the French art de vivre that permeates it.

Commending the film, Ambassador of France, Mr Alexandre Ziegler said, “I’m thrilled to host a soirée to celebrate Befikre in the presence of talented stars, Ranveer Singh and Vaani Kapoor, and congratulate them warmly for their performance. Befikre makes the most of the stunning locales oï¬€ered by France, highlighting why, year after year, it’s the world’s top tourist destination as well as a favourite for romantic holidays and film shoots. I’m delighted that Befikre was shot almost entirely in France and availed of the French Film Commission’s excellent incentives. I wish to extend invitation to Indian film makers to come and shoot their films in France.”

VP Marketing and Merchandising Yash Raj Films Manan Mehta said, “Our intent is always to provide the best of fashion and cinema to our audience and customers. Both our brands, Befikre and Diva’ni, found Khulke Dulke song as the synergy between two creative products. Both are a perfect match made in Bollywood and as YRF Merchandising, we are proud of that.”

Speaking on the occasion, Sanya Dhir, Creative Director, Diva’ni said, “It's surreal how things just come together and make perfect sense. The inspiration came through while we were in Paris shooting for Befikre. The architecture, the mosaic floors, the fish scaled ceilings if on one hand formed the core of the artworks. The international runway set the mood for these silhouettes. We wanted to bring in the opulence, our love for Paris, the rooted Indian craftsmanship sprinkled with carefree joys of love and life. This collection is for the young at heart, bold in mind and for the ones who know how to live life carefree!”