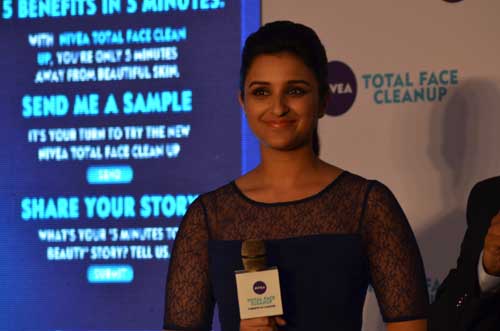 India Blooms News Service | | 13 Nov 2016, 01:54 pm
#Ajay Devgn, #Rohit Shetty, #Golmaal Again, #Parineeti Chopra
Mumbai, Nov 13 (IBNS): Ever since Ajay Devgn and Rohit Shetty announced Golmaal Again, speculations have been rife over who the leading lady will be. While a few names are still doing the rounds, it has been confirmed that Parineeti Chopra is the new Golmaal girl.

The action comedy, scheduled to start in January, is set to hit screens during Diwali 2017.

The Golmaal series began a decade ago, with the release of Golmaal...Fun Unlimited.

It were followed by Golmaal Returns (2008) and Golmaal 3 (2010). Even as fans have been waiting for the fourth instalment, Ajay and Rohit were clear that they would embark on it only when they have the right story .

Ajay says, “We intend to keep this franchise alive as long as possible. It's going to be fun getting back together. There will be a lot of Golmaal again, in keeping with the essence of the franchise and genre."

Rohit says, "It feels great to know that people are eagerly awaiting Golmaal Again. This proves that cinegoers love the franchise that began its journey over 10 years ago. Parineeti is our new Golmaal girl, she completely fits the bill. We are excited to release our film on Diwali."