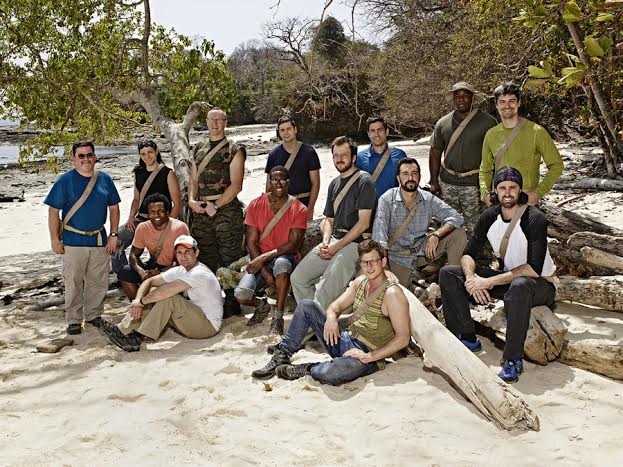 Bear Grylls, the presenter of Discovery Channel’s popular series - Man Vs. Wild, is a celebrated name when it comes to tackling the harshest locations on Earth and surviving the most impossible situations. Now, Discovery Channel brings back the same thrill in a new seriesTHE ISLAND HOSTED BY BEAR GRYLLSwhere 14 modern American men will compete to outlive one another in the perilous wilds in a bid to impress the greatest survival expert of all times – Bear Grylls. Premiering July 18, THE ISLAND HOSTED BY BEAR GRYLLS will air Monday to Wednesday at 10 pm. In the series THE ISLAND HOSTED BY BEAR GRYLLS, fourteen modern men from various backgrounds will be dropped on a remote, inhabited Pacific island to survive for 28 days.  Stripped of all the luxuries and conveniences of modern living, they will step out of their comfort zones and embark on an empowering journey.  With only a few clothes on their backs and some basic tools, they will be compelled to tackle various challenges on the ruthless island without the aid of modern technology.  Twenty first century man has come a long way from its hunter gatherer origins. But has his modern life robbed him of his ability to survive in the wild?  Bear Grylls will present the ultimate challenge for these technology driven men – to live the primeval life. Filming themselves, these men will hunt for food, source water, erect shelter, build community and fight for their existence using their strength, will-power and survival skills.   By every passing week, the toughest of the tough start losing hope. Tensions run high and contestants get overwhelmed. The 28 days in the wild, struggling to survive will be a life-changing experience for these ordinary men as they sign up for the toughest survival show on television. There will be no prizes, no eliminations. The winner will take away the feeling of pride and sense of achievement as he overcomes his fears.  Will these men still have the spirit and resources to survive? Will they be able to summon the skills of their forefathers and find the hunter-gatherer within? And what will they learn about themselves and each other? Will the ruthless wilderness show mercy to men who find all their solutions in this internet led world? Will they give up or develop a new zenith of strength within? Will these men impress Bear Grylls with their survivalist instincts? Watch THE ISLAND HOSTED BY BEAR GRYLLS to find out more.