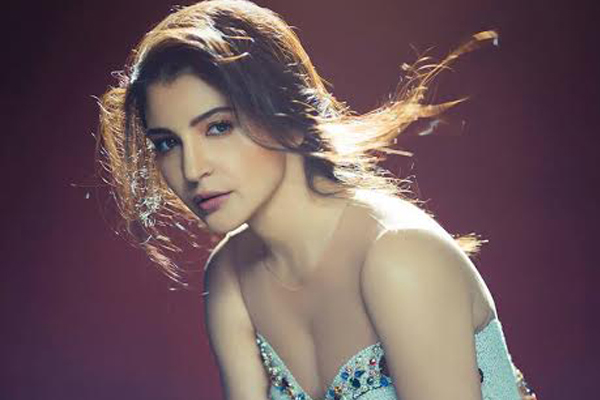 I had to train my body to look like a wrestler: Anushka

India Blooms News Service | | 21 Jun 2016, 12:51 pm
#Anushka Sharma, # Sultan, # Salman Khan, # Wresting, # Wrestling in cinema, # Bollywood
Mumbai, June 21 (IBNS) Bollywood actress Anushka Sharma in an interview recently spoke about her wrestling learning experience and the risk and challenges she has taken up while shooting for Sultan where she is paired opposite Salman Khan.

“When I read the script of 'Sultan', I knew my role would require a lot of energy and effort because it would mean learning a whole new sport — wrestling — and then I had to train my body to look like a wrestler. Also, I had to learn a new lingo and guess what, I had less than six weeks to do all that," she said.  "Those six weeks were crazy; I would be training in the morning, shooting in Film City and then coming back to Yash Raj studios for more training. I was not even in touch with my family. It really was exhausting and I had asked my staff to keep me away from whatever was happening, because, one, I was too exhausted and two, I wanted to focus."

"It is a novelty to see a female wrestler on screen and when I was chosen to play the role, a lot of people were skeptical and wondered if I could play the part. I am tall, but not a big person as one would perceive a wrestler to be. I started researching, then Ali (Abbas Zafar, the film's director) told me that wrestlers need not necessarily be big; they come in different weight categories.”

“When you are an industry outsider, it works as a boon at times because you know you are not in a set format. There is always a positive and negative way of looking at situations. Either I feel miserable about not having anyone to fall back on or not being able to take guidance from my family, or I could see it as a big opportunity to do what I want with no set boundaries. That motivation to do beyond what I am doing comes from within. I've always had a fearlessness, this urge to take risks," she said.
"I believe that you must calculate the risks, but that calculation should not stem out of fear. Even while growing up, I always pushed myself to do much more than what was expected of me. I have too much energy and various experiences are important to me."
"I hate herd mentality. I want life to be interesting. I am brought up in a particular way where my parents taught us to continue taking risks and challenging ourselves. Ten years ago, I would have never imagined working with these directors and if I told someone I would be working with all three Khans, they would have thought I have gone crazy. But, it happened. So, anything is possible as long as you are honest about things and do it with the right attitude and intention,” she said.
Related Images