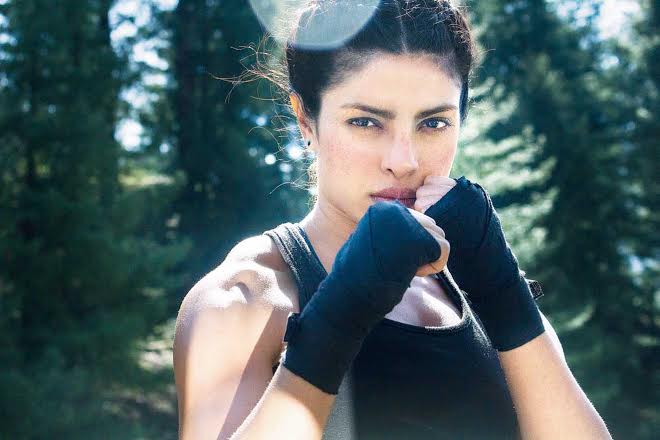 A series of new stills from the film reveal moments in the film where Priyanka, as Mary Kom, is seen pushing herself beyond her limits while working out.

The unyielding determination is clearly visible in Priyanka’s eyes as she performs incredibly taxing exercises. She is seen flexing rock-solid shoulders and biceps like never before.

Trained by MC Mary Kom’s real-life boxing coaches and fighting real-life boxers, Priyanka Chopra has really gone the extra mile to make the film as authentic as it can get!