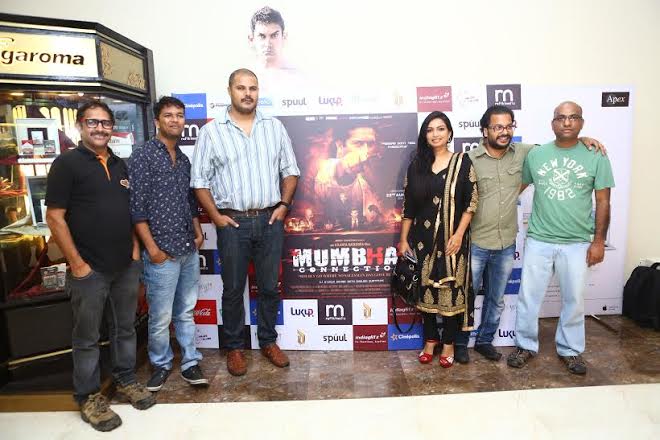 India Blooms News Service | | 23 Aug 2014, 03:44 pm
#Mumbhai Connection
Mumbai, Aug 23 (IBNS): Mumbhai Connection's premiere was recently in Mumbai, where the movie was warmly received by the guests and actor Rafiq Batcha was applauded for his performance.

Rafiq being the first to reach the location, interacted with the press and even introduced his friends.

Also, present at the event was director Atlanta Nagendra who was praised for his direction and dialogues in the film.

Tum Bin actor Himanshu Malik was there to back the whole team.

All the cast and the crew posed for the shutterbugs and were seen having a good time at the end of the event.