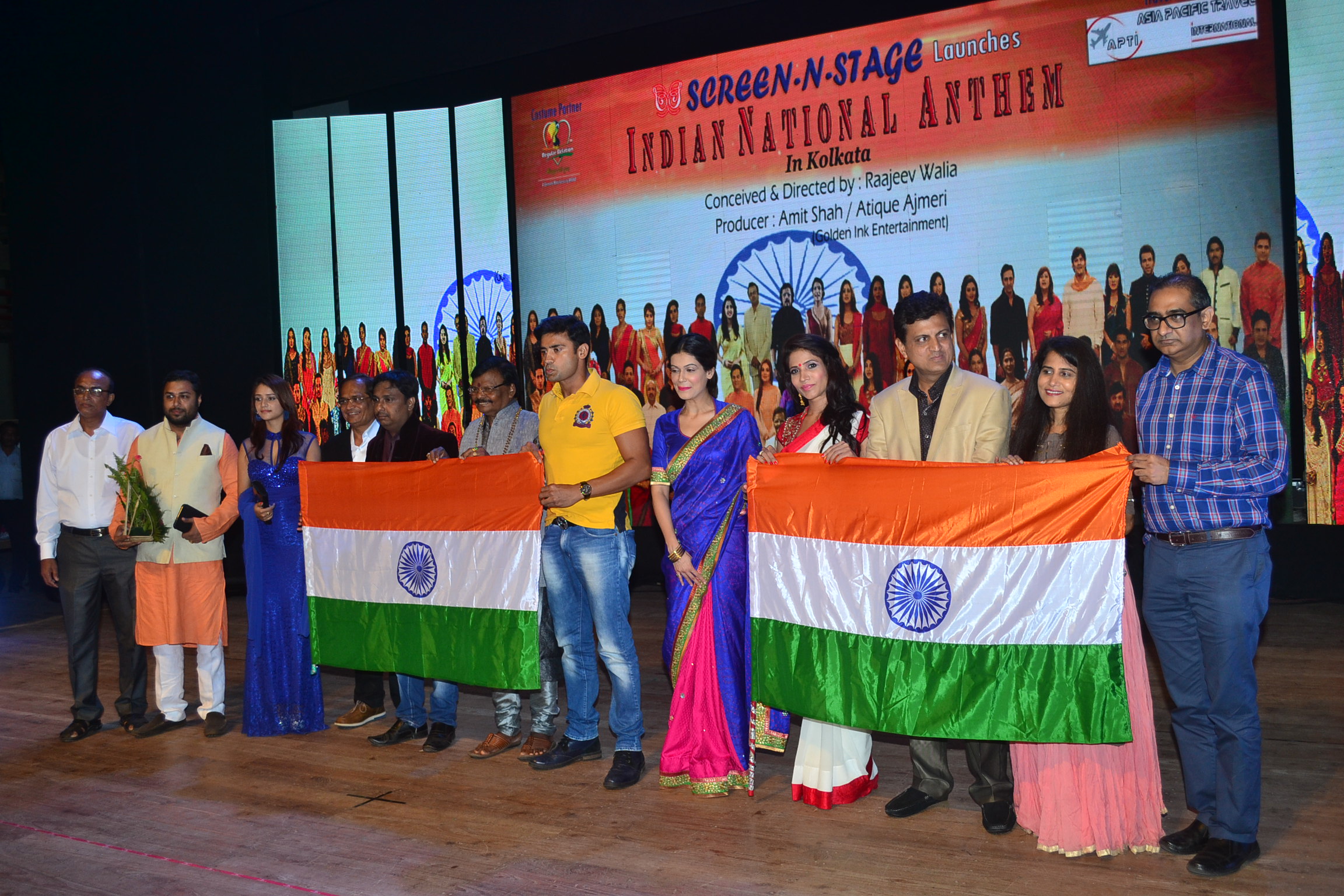 A new national anthem video, featuring the biggest cast ever has been shot by filmmaker, Rajeev Walia where 70 personalities from different walks of life- Bollywood, television, cricket, sports, police, shilpkars, among others. came together for Rajeev Walia's version.

The new anthem 'Jana gana mana' will be released in 150 countries and over 600 theatres from Aug 15th onwards.

The launch of this star-studded National Anthem in Kolkata was attended by wrestler Sangram Singh, actress Payal Rohatgi, actress Rachana Banerjee and Mrs. India International Richa Sharma among others.

Among the celebrities who are featured in the video are Shilpa Shetty, Vivek Oberoi, Tusshar Kapoor, Anupam Kher, Isha Koppikar, Mallika Sherawat, Johnny Lever to name a few actors.

The video was launched successfully in Mumbai on Aug 15 on the occasion of Independence Day.

Speaking to the media, Mr. Rajeev Walia, Director of the star-studded anthem said, “It is very important that we should teach our nation's children especially, and that modern crowd who listen only to western and hippie songs and remember only pop songs, the national anthem of India. So a launch of this newly prepared national anthem and playing it across screens at various theatres is very important.“ Talking about the project, Rajeev also said, “I have been working on this for a while now and it is finally complete. I am very proud of what the team has been able to put together with so many artists on board.”